Last body recovered from deadly mine collapse in southeastern Turkey 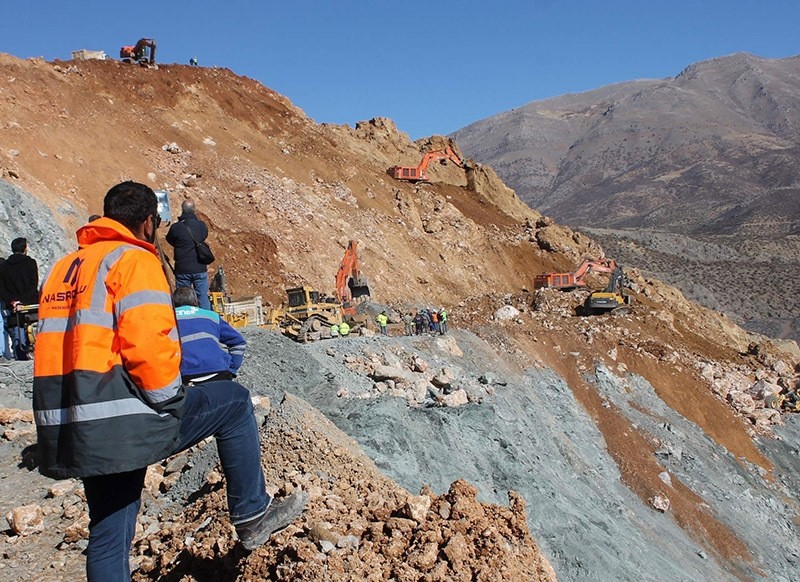 The last miner's body has been recovered on Monday from the Madenköy copper mine which collapsed on Nov. 17 in the Şirvan district of the southeastern Siirt province.

The open-pit mine collapsed after it was struck by a landslide believed to have been triggered by heavy rain, burying 16 miners under tons of soil.

The body of 21-year-old Ibrahim Kılınç was finally recovered during continuous operations carried out by 689 officials with the help of 213 duty vehicles and rescue dogs of the gendarmerie, leaving no more miner body trapped underground.

All 16 miners trapped during the collapse died.

Authorities have pledged to undertake a comprehensive probe into the incident arresting four mining company officials and detaining three others so far.

The Madenköy mine is run by Park Elektrik, a member of the Ciner Group which bought the facility in 2004.

This was not the first incident in a mine run by Ciner companies. Between Feb. 6 -10, 2011, two mines run by Ciner in southern Turkey collapsed. One miner was killed in the first collapse while only one body from the 10 workers trapped was recovered from the mine. The incidents were blamed on "slope failure."

Turkey, rich in coal especially in the west and the north, was also hit with other serious accidents in the past. In May 2014, 301 coal miners were killed in the Soma mine in western Turkey - the country's worst mining disaster. This October, 18 miners died in a flood at a coal mine in Ermenek, central Turkey.