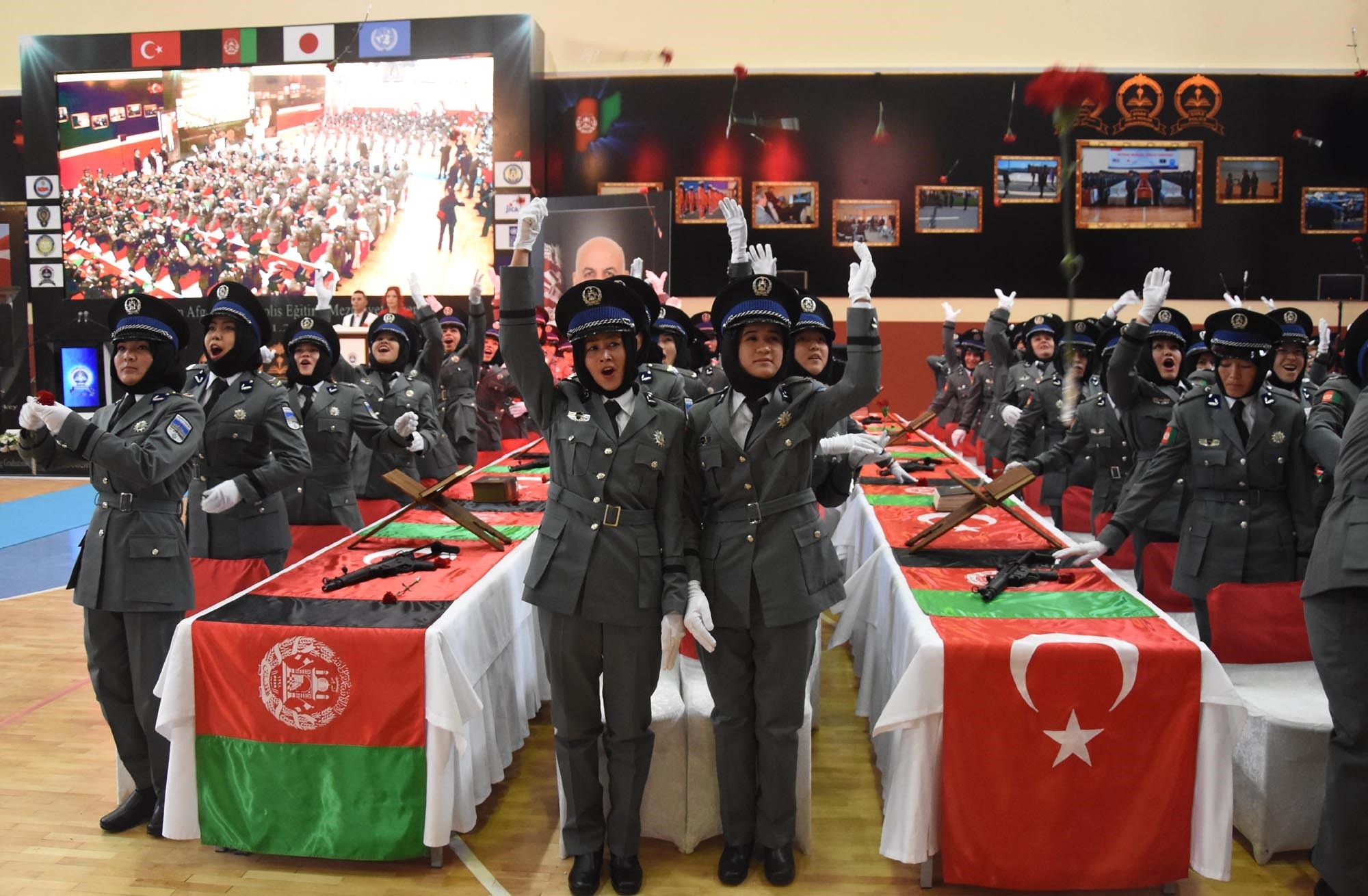 A total of 250 Afghan female police cadets finished their four-month training program on Thursday in Sivas, a province in the eastern part of the Central Anatolia region.

The Afghan police hopefuls joined Sivas Police Vocational School on Sept. 2 for training, covering everything from courses on laws to how to handle and fire weapons, directing traffic, crime scene investigation, driving, search, defense and terrorism.

Afghan cadets have been receiving training in Turkey as part of a cooperation agreement signed in 2011 between the two countries. Turkey has already trained almost 3,000 Afghan cadets since 2011 and more than 1,000 of the graduates are women.

Apart from Afghanistan, the Turkish National Police offers training for law enforcement officials from more than 50 countries, mostly developing or underdeveloped ones, and has trained more than 20,000 cadets and officers since 1997.