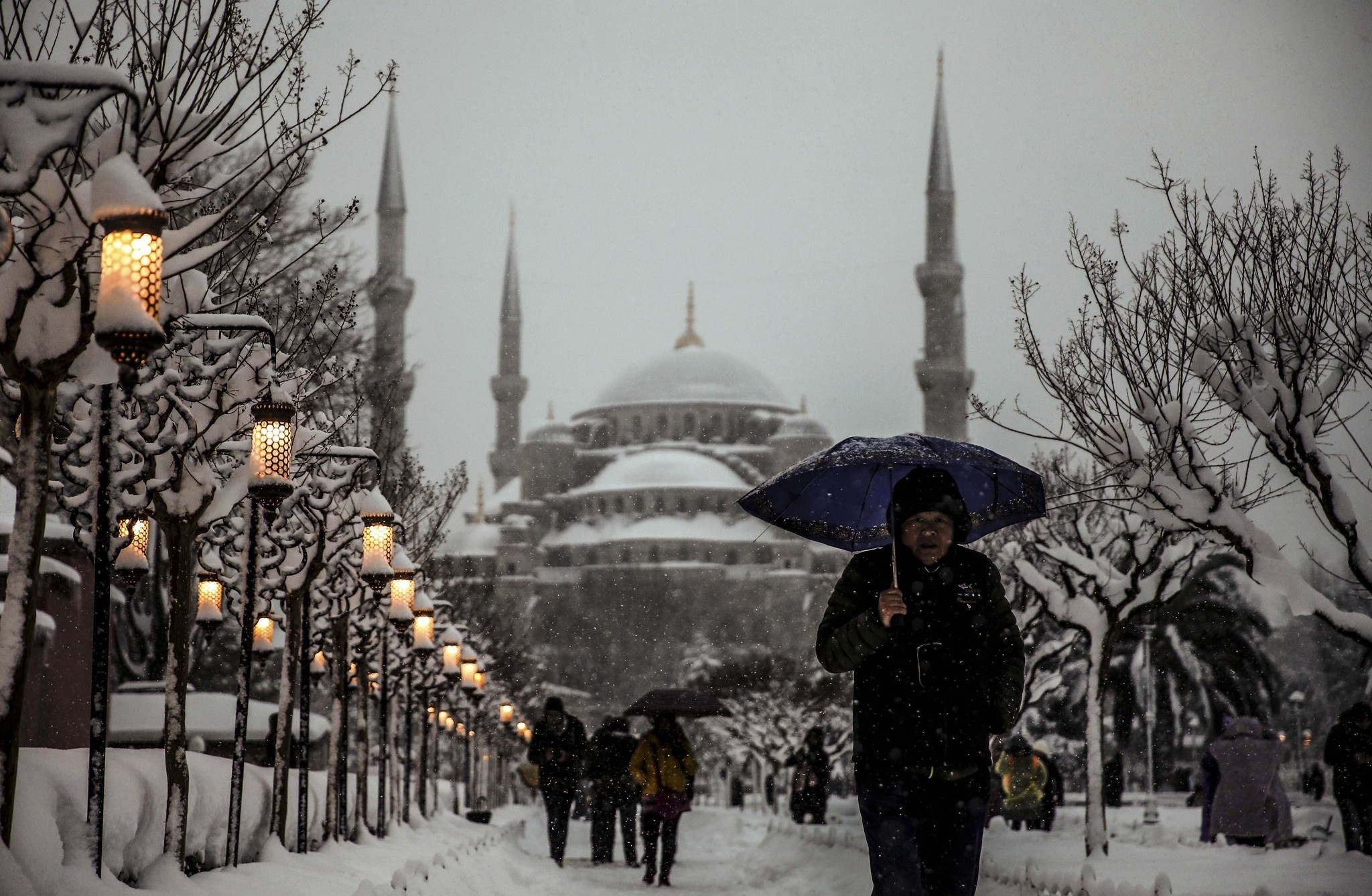 by daily sabah
Jan 11, 2017 12:00 am
After a brief letup in the early hours of Tuesday, snowfall made a comeback over the afternoon in Istanbul, already embattled with bad weather since last Friday.

Though daily life was not affected as much this time around with the city more prepared for snow and roads being cleared constantly, the bad weather inflicted its first casualty in the city on Tuesday.

One person was killed and more than ten others were injured when a canopy in a mosque's courtyard in the city's Ataköy district collapsed on people who were attending funeral prayers.

Authorities said the accumulated snow on the canopy led to the collapse.

Meteorology experts said snowfall would continue today and may recede on Friday. Weather forecast shows occasional sleet for the city but snowfall will continue on higher ground.

The city's governorate announced schools would be closed for the third day in a row today due to heavy snow while a ban on trucks imposed to ease traffic were partially lifted.

Domestic flights have mostly resumed in Istanbul where hundreds of flights had been cancelled or delayed since Saturday as personnel worked to keep runways clear of snow, although the low visibility still led to some cancellations on Tuesday.

Turkish Airlines announced a number of cancelled flights to and from the Atatürk and Sabiha Gökçen airports, while there have not been any cancellations for today.

Istanbul Sea Buses, which operate ferries from Istanbul to other cities littoral to the Marmara Sea, announced all ferry services were cancelled on Tuesday while ferries between the Asian and European sides of Istanbul continued to operate.