Around 180,000 Syrians born in the past 5 years in Turkey as it remains rare safe haven in Europe 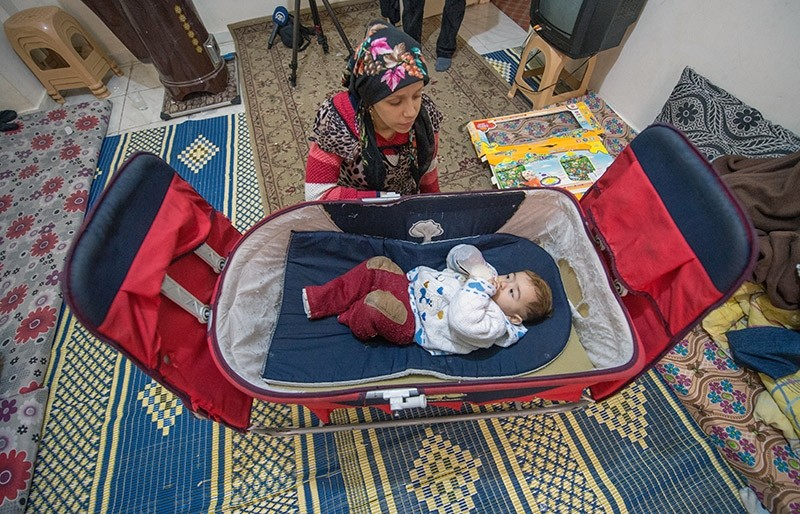 Some 180,000 Syrians have been born in Turkey since the unrest in Syria escalated into a civil war in 2011. As a country hosting nearly 3 million refugees from its southern neighbor, Turkey remains an oasis in the middle of an unstable region beset with conflicts.

Health Ministry figures show a total of 177,568 Syrians were born in the country between April 2011 and September 2016.

Turkey has been praised for its admission of most of the refugees from Syria, while Europe, where refugees dream of reaching, is still reluctant to accept desperate migrants fleeing a war with no end in sight. The country also boasts a total of $25 billion spent in helping and sheltering migrants.

Among them are over 1 million child refugees, making Turkey the top child refugee-hosting country in the world. Such a responsibility includes not only providing them with accommodation but also offering them health care as well as education and other services.

Healthcare services are provided for free at eight field hospitals and 65 health centers at refugee camps.

Syria has been locked in a devastating civil war since early 2011, when the Bashar Assad regime cracked down on pro-democracy protests with unexpected ferocity.

Following a nationwide cease-fire brokered by Turkey and Russia, there is an upcoming meeting in Astana, Kazakhstan that's aimed at promoting a political solution to the six-year war. Negotiations between the Syrian government and opposition negotiators are due to begin there on Jan. 23.

The number of Syrian refugees living in the country already exceeded the sum of population of the 15 least populated provinces in Turkey, but except for isolated cases of violence, refugees are embraced by a hospitable public, for instance, in Kilis, where refugees outnumbered the amount of some 130,000 locals.