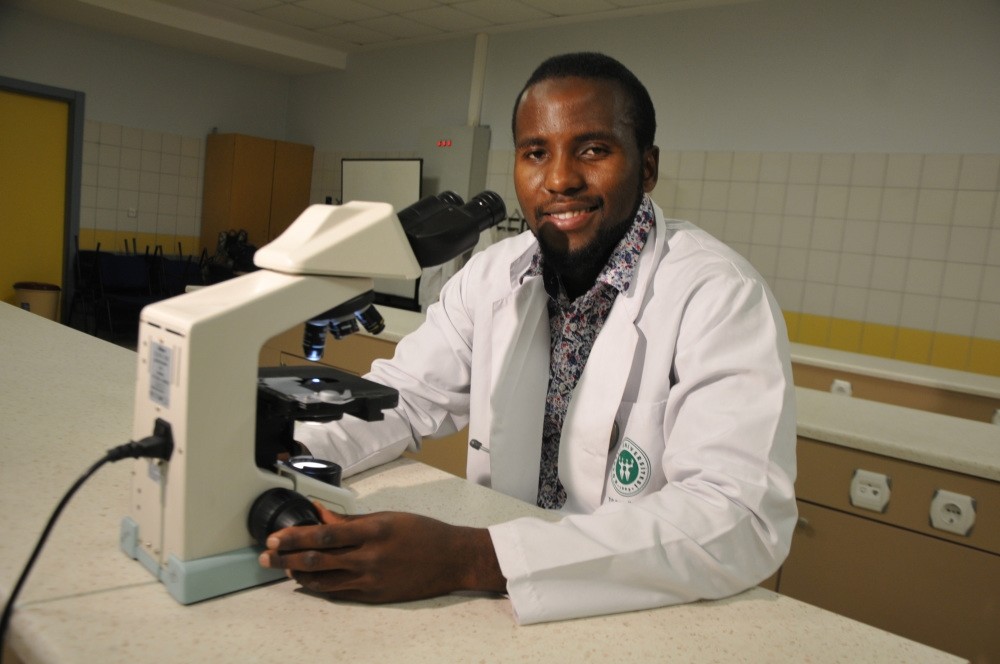 Turkey, which is a center of attraction in its region and the world in recent years, has become a popular country among students from nearby countries who are interested in getting academic training. Students who get a chance to receive high-quality academic training thanks to scholarships offered in Turkey are becoming volunteer ambassadors for Turkey when they return to their homelands, further strengthening bilateral relations between Turkey and African countries.

Tanzanian student Abdulaziz Abdi Iddi of 29 Mayıs University in Istanbul shared his opinions on Turkey and the Turkish education system with an Anadolu Agency (AA) correspondent. Iddi told that he attended high school in Turkey, saying: "Tanzania is a very touristic country. It has unique and beautiful green scenery. I want the Turkish people to visit my country. Praise God, my country is in peace."

Iddi said he had no idea about Turkey before he came to the country and added that he applied for a scholarship in Turkey after he was encouraged by his teachers back in his hometown. Stating that he wants to study theology, Iddi continued: "One day, one of my teachers said that Turkey was offering scholarships to African students and encouraged me to enroll at an imam-hatip high school [a religious vocational school] in Turkey. I came here as Turkey offers religious education at the high school level. I finished high school in four years. I love Turkey and decided to continue my academic studies here as Turkey is a very beautiful country. In Turkey, education is very comprehensive and high quality. Following my high school graduation, I took the university exam and enrolled at 29 Mayıs University in Istanbul."

Iddi further claimed that he has been in no foreign country other than Turkey and he does not feel the need to go to elsewhere. "When I first came here, I learned what brotherhood is. The place where I first stayed was a place reserved for foreign students only. All my teachers were Turkish. I did not know what to do at first but then I built strong relationships with my friends and instructors."

Iddi also touched upon President Recep Tayyip Erdoğan's Tanzania visit and said: "We are very happy that President Erdoğan is visiting our country. We want the bilateral relationships of two countries to develop further. As Tanzanian people, we hope everything will be better in the future." Iddi also added that he wants to go back to Tanzania once he graduates from university and become a man who contributes to his country.

Another African student who is continuing academic studies in Turkey is Madagascan Tefiso Fianjina, a graduate student of the Department of International Relations at Istanbul University. Fianjina said he comes from a beautiful country and continued: "Madagascan people are warm-blooded people. They always smile. I wanted to come to Turkey as the Turkish culture is different from European culture. Both the language and the way of life in Turkey played an important role in my decision to come to Turkey for my studies. Madagascan people usually go to France."

Fianjina said he previously studied abroad in Indonesia, recalling, "My first day in Turkey was a little bit tough. I got used to being here in time. People in Turkey are very friendly and welcoming. When I complete my studies, I will go back to Madagascar and contribute to the development of my country. President Erdoğan will visit Madagascar as well in his latest trip. I hope that bilateral relations will be further strengthened in the future."

Tanzanian student Shamim Saidi Walele, a graduate student at Istanbul University, said he comes from a very beautiful and peaceful country. "I heard about Turkey from one of my friends. People said that Turkey's education system is very good. When I first came to Turkey, I must admit that I was a little afraid. However, once I began to get to know the people here, I easily became accustomed to the country. I feel at home in Turkey, I am not alienated. Turkish people are warm-hearted. Turkey is a powerful and strong country. It is a country that is developing and an attraction center for foreigners. I would appreciate if the relationship between Turkey and Tanzania improves."

Turkey reaches out to the international community amid efforts to increase its soft power through a scholarship program catering to foreign students. The scholarship program established by the Presidency of Turks Abroad and Related Communities (YTB) of the Prime Ministry, aims to turn Turkey into an appealing hub for students from across the globe. The program is part of Turkey's soft power efforts to expand its clout over public diplomacy. Applicants hail from every part of the world, from Denmark to St. Kitts and the Nevis Islands. Medicine and engineering are among the most popular majors for foreign students as well as international relations and economics. In addition to those who benefit from the "Turkey Scholarship," the country currently hosts some 60,000 students enrolled at Turkish universities.
RELATED TOPICS