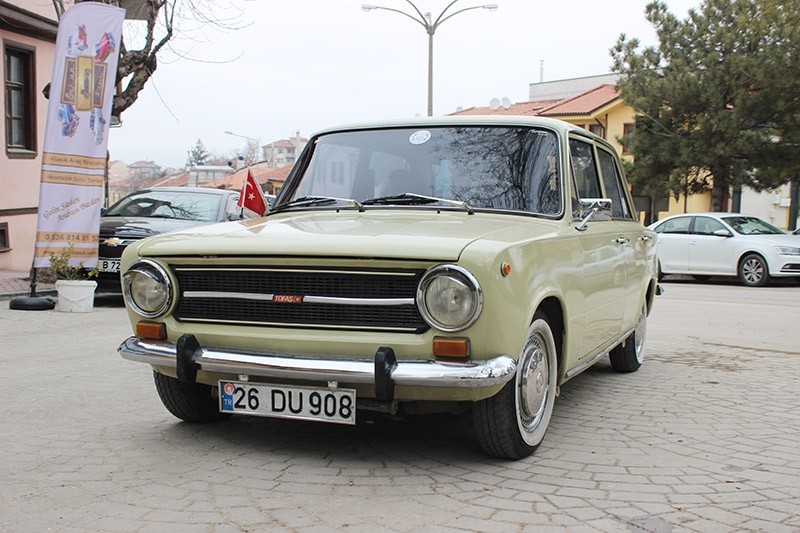 Turkey's love affair with the Murat 124, the design of which was based on the Fiat 124, continues unabated, with fans celebrating the 46th year of its first production over the weekend.

For those who still drive the car, the Murat 124 is more than a simple car; it is a vehicle that defines an era and themselves.

One fan, Cengiz Saytaç, said he purchased his second-hand Murat 124 in 1983 after he retired. "I'm 79 years old. I still drive it without any problems. When I purchased it, my parents were alive, and I used to take them all around. I have a grandchild who grew up in this car. This is not a car for me, but a museum of my memories. I will drive it until I'm no longer able to."

Kadir Çelik said his father took him home after he was born in a Murat 124. "That's when my passion for the car began. I bought my own one in 2012. I restored it myself in my garage. I've been using it daily for the past two years and have traveled all around."

A retired taxi driver, Recep Gürlü, said he drove one as a taxi for years before retiring. "Over the years, it became part of me. Now, I drive it just for the pleasure. Together with a few people who think like me, we founded a fan club. We meet from time to time and just drive around."

There are two stories about why the car came to be called "Hacı Murat." The first one is about Hajj, the obligatory pilgrimage in Islam to Mecca and Medina in Saudi Arabia. Muslims who fulfill their Hajj obligation are referred to as "Hacı" in Turkish. Traveling to Hajj by car was first allowed in 1974, with many at the time taking advantage of this right with their newly purchased Murat 124.

Another claim is that the nickname came about in the late 1990s, when those still around were more than 30 years old. As an aged car, people started to call it "Hacı," which is also used as a respectful term for the elderly.