Film crew lost in snow-covered woods saved thanks to drone 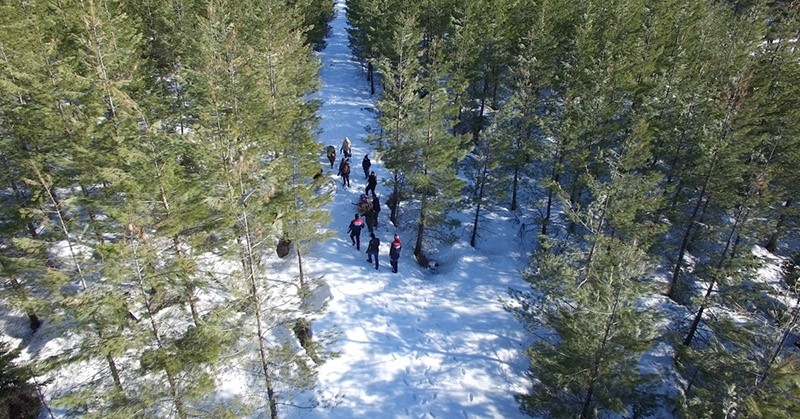 A film crew of 10 people who went missing in a snow-covered forest in Aladağ district of Turkey's southern Adana province were finally found Wednesday, thanks to a drone.

A written statement from the Adana Metropolitan Municipality said that the film crew, who was shooting a movie called "Kar Kirazı" (Winter-flowering cherry) to compete in international film festivals, got lost in the woods while searching for a suitable shooting location in Aladağ.

A rescue team from the Adana municipality launched an search operation immediately, after receiving aid calls from the film makers, who contacted the authorities via mobile phones.

The rescue team had difficulties in finding the film crew and therefore used drones to identify their location before bulldozers cleared the snow-covered road..

The film crew was later safely brought to the city center.

The crew's short film "Snow Cherry" tells simultaneously the story of a man trying to get his pregnant wife to the hospital in time, and the relationship between a disabled girl and her father.
Last Update: Feb 15, 2017 8:26 pm
RELATED TOPICS