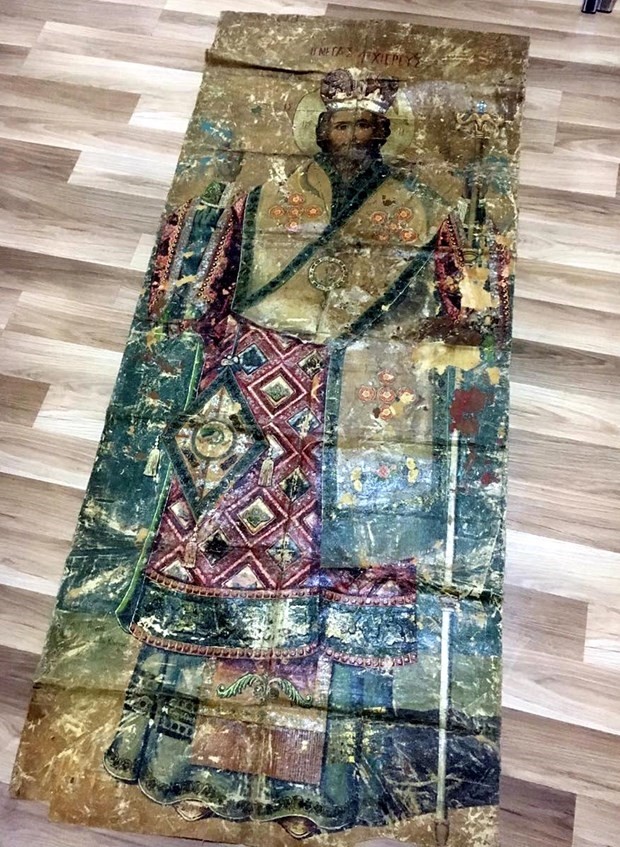 An icon of Jesus Christ believed to date back to the 18th century, was seized by Turkish police on Tuesday in the southern Adana province.

The icon, a religious painting on cloth, was found in a car which was stopped at a check point in the city's center. Two suspects were detained, with one of them claiming that the icon was inherited from his father.

The icon is 1.78 meters long and has "Grand Archiereus" - a Greek term for bishop - written on it. The piece was given to Adana Museum Directorate for examination.