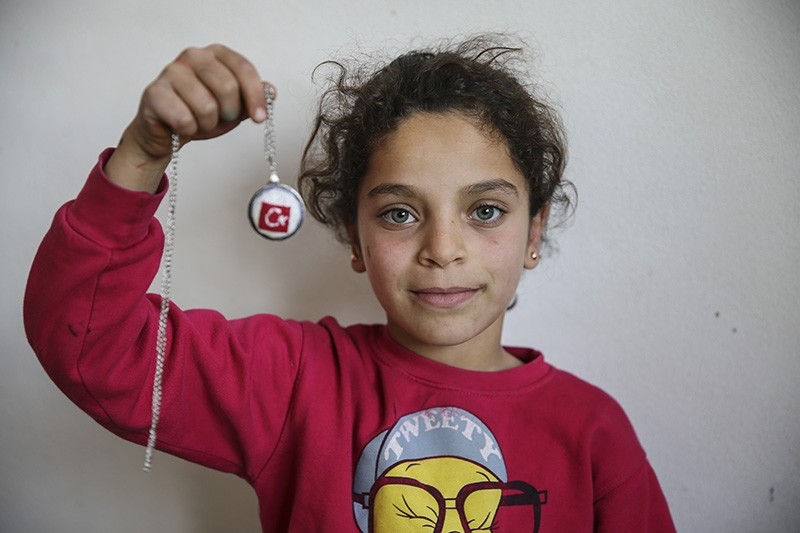 Children who lost their relatives to the Syrian civil war are finding new hope by making handicrafts at an orphanage in the Reyhanlı district of Turkey's southern Hatay province.

The 72 children live in the Bahattin Yıldız Orphanage, which was opened by the Ümmetiz Foundation and the Eurasia Foundation, and have acquired skills through a crafts course that was instituted by the orphanage's teachers.

The children spend two hours a day producing necklaces, which they make using a needlepoint method sewing designs on pieces of cloth. The necklaces are then sold and the proceeds support the orphanage.

Fatih Gümüş, an orphanage administrator, said that the Syrian children are working to adapt to their new lives, "Our children are both learning and having fun through this workshop. They work two hours a day, but they create beautiful works with each other."

Gümüş, continued, "At the orphanage, we always give the children both educational and spiritual support. With this practice, the children are taking their minds out of the war. We sell the necklaces produced by the children, who have a good time making them, and the profits go to them."

Fatma Abbut, a 9-year-old from Idlib, took refuge in Turkey two years ago. "We lived under very harsh conditions in my country," she said, "I lost my father in a warplane attack. We had many sorrows, but then we came to Turkey and I am happy here."

Abbut is glad that she can continue her education in Turkey, "They take good care of us. I have developed both my education and my hand skills. I'm able to contribute to the orphanage with the necklaces I make," she said, adding that she wants to be a doctor when she grows up.

Habib Abulayse, another 9-year-old from Idlib, also lost his father to bombs dropped from warplanes. Abulayse came to Reyhanlı with his mother and brother.

"We miss our country very much, but we are happy here too," he said. "Our instructors are giving us hand skills. We are having a good time and we support the orphanage with the proceeds from our necklaces," he added.

Syria has been engaged in a violent civil war since 2011, which has left thousands of children without parents and caused millions to flee their homeland. Turkey currently hosts some three million Syrian refugees.