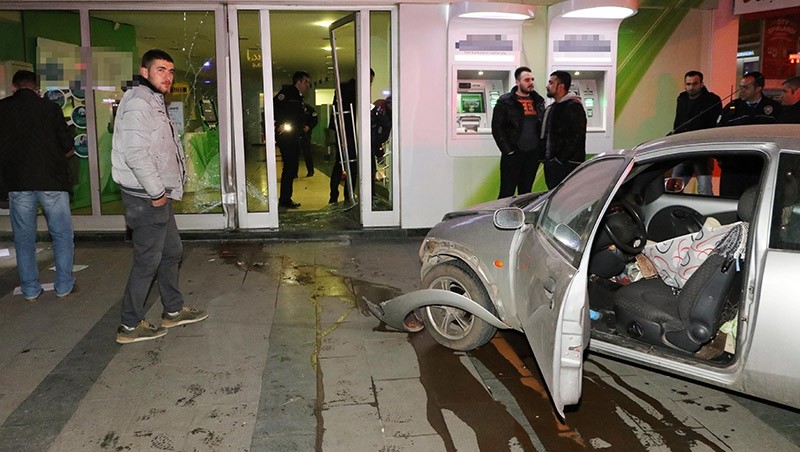 A 28-year-old man rammed his car into a private bank branch in Turkey's southern province of Antalya in what he called a one-man stand against the monetary system.

Police apprehended Cem Mustafa Demir while he was attempting to set fire to the bank's vault room after crashing through the building with his car.

An unidentified person witnessed Demir's car smash into the bank and reported the crash to authorities, thinking it was an accident. Police arrived on the scene a short while later to find the car unoccupied and the bank's entrance door broken.

Police teams heard sounds coming from the upper floors of the building and went inside to find Demir, who had knocked over office supplies and computer monitors, standing on a table trying to set the room on fire.

Police also found Demir's beer can in the bank.

Demir was taken into custody where police tested his blood alcohol level, which measured 0.44, below the legal limit for driving.

Asked why he had done such a thing, Demir responded, "This is a single-handed resistance against the monetary system. I tried to get into the bank. See you in the new banks."

"Doesn't everyone owe the banks? Whether it's a bank or anything that circulates money, I'm against the monetary system, because it doesn't work. The monetary system produces bad results on people. I will continue to draw attention to this," he added.

Police handed the branch over to the bank security officers after they had finished their investigation at the scene.