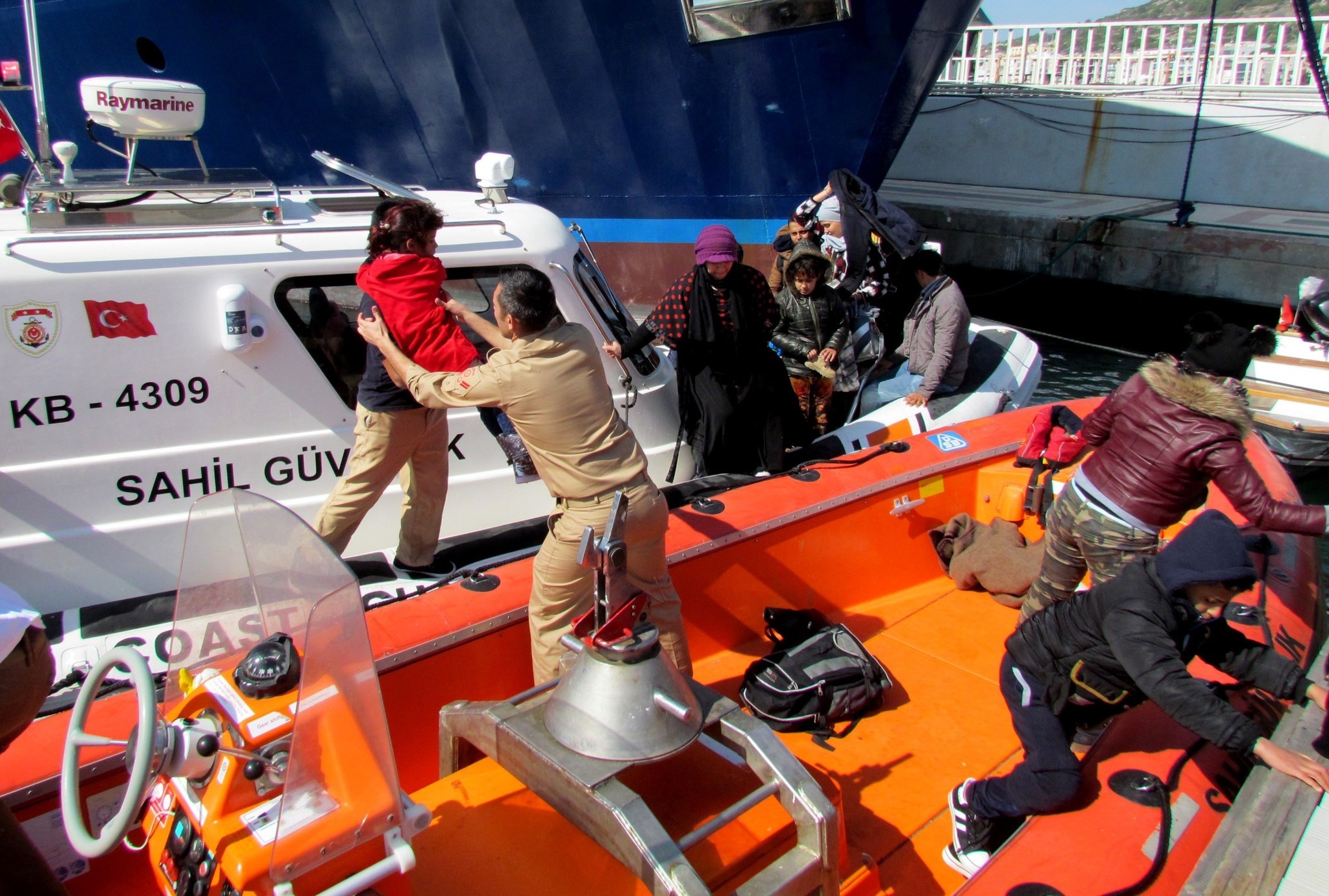 At least 130 migrants were apprehended off Çeşme in western Turkey's Izmir province as they attempted to reach the nearby Greek island of Chios on Sunday, Turkish Coast Guard officials said.

Among them were women and children from Syria, Iraq, Iran, and Morocco, the officials said.

All the migrants were later taken to the Izmir Immigration Directorate from where they are expected to be deported.

Turkey's five Aegean provinces -- Çanakkale, Balıkesir, Izmir, Muğla, and Aydın -- are prime spots for refugees leaving Turkey for the EU, with Greek islands lying within sight of the Turkish coast.

Over the past years, hundreds of thousands have made short but perilous journeys across the Aegean in a bid to reach northern and western Europe in search for a better life.

Hundreds of people have died at sea as a number of boats carrying refugees sank or capsized. The Turkish Coast Guard has rescued thousands of others.