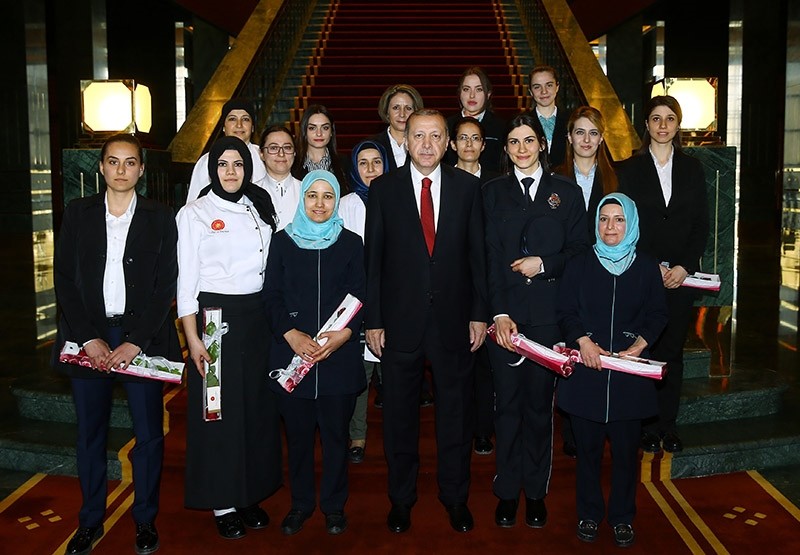 President Recep Tayyip Erdoğan marked International Women's Day on Wednesday by handing out carnations to the female staff at the Presidential Palace.

Congratulating their day, Erdoğan posed for a photograph with all the female staff, from waitresses to cleaners, working at the palace.

The president also posted a tweet in Turkish, English, Arabic, French, Russian, German, Spanish, Farsi, Bosnian, Albanian, Urdu and Malay to congratulate the women of the world and Turkey for their day.

Additionally, he sent his condolences for the seven women who died in a bus crash in the northwestern city of Bursa as they were heading to the capital city of Ankara to meet Erdoğan for a Women's Day event that was cancelled after the incident.