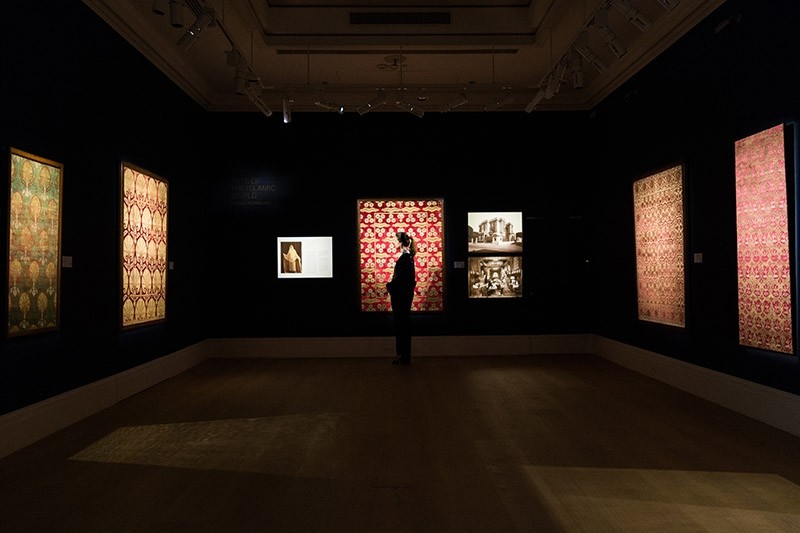 A rare handwriting dating back to the Seljuk era was prevented from being sold illegally in an auction in Britain just in time. A Turkish Ph.D. student located in Utrecht, the Netherlands, realized a dubious item on a Sotheby's auction list and, after conducting preliminary research he informed Turkish authorities who halted the sale.

When Sotheby's Auction House put the work called "Şerh el-Kanun fiʼt-Tıb" (Commentary on Canon of Medicine) on the list for its open auction "Arts of the Islamic World," which took place in London April 26, the work was expected to change hands for a sum ranging between €30,000 to 40,000. However, the book belonged to Yusuf Ağa Manuscript Library in Konya province and had been stolen roughly 17 years ago.

The 800-year-old manuscript in Arabic was written in 1224 during the Seljuk era by Fakhr al-Din al-Razi, a Muslim polymath of Iranian Sunni origin, and has a length of 197 pages. The book evaluates the famous polymath Avicenna's acclaimed work "The Canon of Medicine."

It had been stored in Turkey's Konya, which served as the capital of the Anatolian Seljuk Empire (also known as the Sultanate of Rum) between 11th and 14th centuries. It went missing from the library in 2000 and was put on a list of stolen items by the Ministry of Culture and Tourism.

Among the people who realized the dubious origins of auction item No. 24 was the Ph.D. student Hüseyin Şen, studying at Utrecht University in the Netherlands. Şen said he began to compare the information available through Sotheby's with the item reported as stolen by the Turkish Ministry of Culture and Tourism. He then realized that both items must be the same and that the work offered for auction thus rightfully belonged to the Turkish state. He passed on the results of his personal findings to the Ministry of Culture and Tourism, which stepped in.

Officials of the Ministry of Culture and Tourism had yet to officially prove that the manuscript belonged to the Turkish state and established contact with local specialists in London. A microfilm investigation finally could certify that the work was indeed the same as the one. The ministry then contacted Interpol and also spoke to the Turkey representative of the auction company. The sale of the ancient handwriting was halted and it is now waiting to be returned to its shelf in Yusuf Ağa Library.

Turkey has long experienced difficulties in the restitution of cultural goods and artifacts by European countries and has lately reverted to a more assertive policy, training customs officers to identify stolen items and compiling special catalogues for better recognition. Another recent success of Turkey in this area was an order by a Swiss court to hand back an antique Heracles statue.