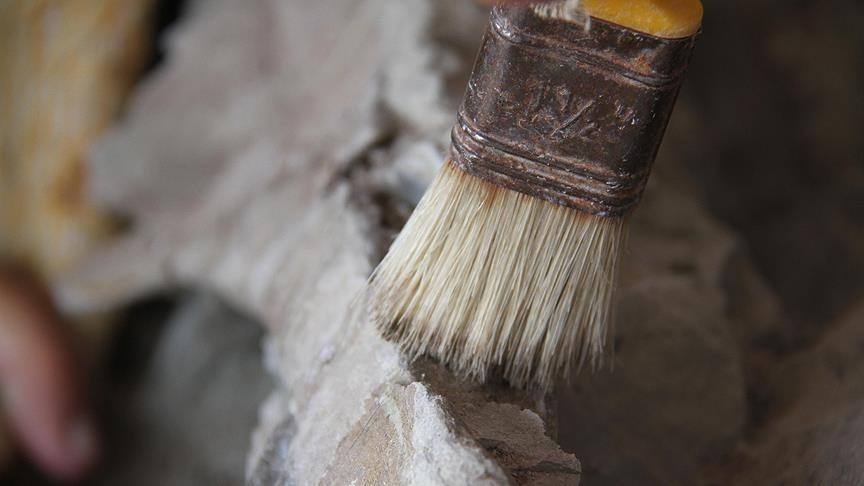 According to a written statement from Çankırı Municipality, the fossil will be on display for the first time in Turkey on May 22, along with other fossils dating back to millions of years.

The head of the Association for Promotion of Cultural and Natural Properties Yusuf Öncül, who is organizing the exhibition noted that cyanobacteria's ability to photosynthesize with oxygen is thought to have led the earth's atmosphere to be filled with oxygen in the early stages of the earth.

Meanwhile, Çankırı Mayor İrfan Dinç urged everyone to visit the exhibition, which he said offers a journey to discover the traces of the earth's past.

"This journey proves the fact that whatever we leave behind in nature today will be seen by the upcoming generations in the future" Dinç said.

Cyanobacteria are thought to be some of the most significant push forces behind biological innovations as they allegedly had a strong impact on early earth's environments.

Çankırı is also a home to fossil remains of elephants, rhinos, horses, pigs, giraffes, goats, deer, sheep, and the saber-toothed tiger all dating back 8,003,300 million years.