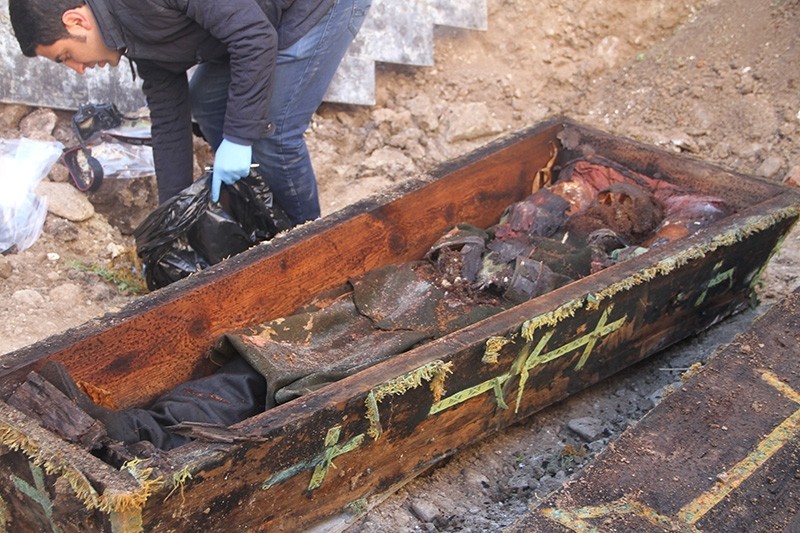 A Turkish official denied reports that named the identity of a corpse belonging to a Czarist Russian officer found in Turkey's northeastern Ardahan in April.

Ardahan Provincial Culture and Tourism Director Efsan Alantar said Sunday that the corpse of a czarist Russian officer discovered during excavations is yet to be identified.

"The news claiming that the corpse's identity was determined do not represent the truth. We should act responsibly during this period. This is a technical matter, and so a technical committee will make a decision," Alantar said.

The body was discovered during excavations to lay the foundation of a new building in Ardahan, a northeastern city once occupied by Russians before it was annexed to modern-day Turkey.

The corpse was largely decomposed while the military uniform it wore and the corpse's beard remained intact.

The discovery was followed by speculations regarding his identity and military rank.