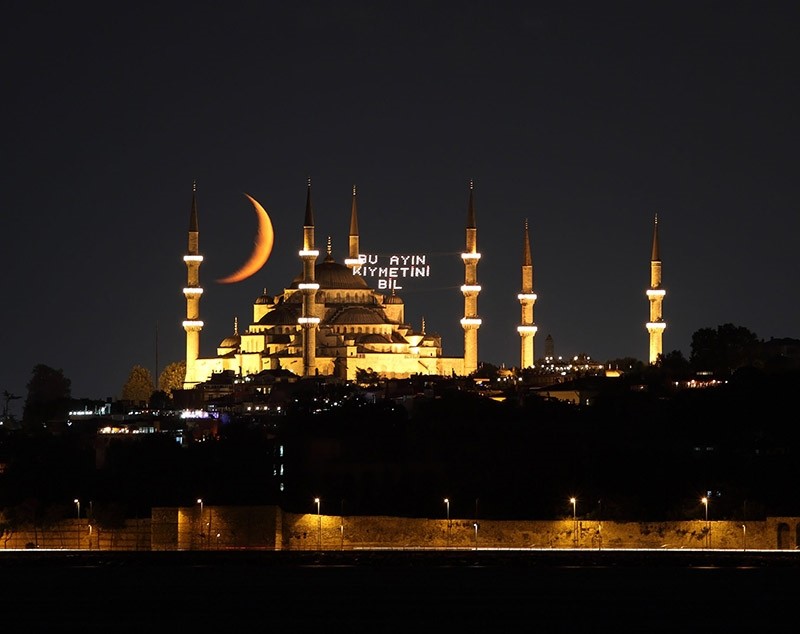 The Sultanahmet mosque and crescent are seen during Ramadan in Istanbul, Turkey. (Getty Images)
by Daily Sabah May 22, 2017 12:00 am

Turkey's state-run broadcaster TRT will air a Quran reciting competition every evening throughout the upcoming month of Ramadan.

TRT's deputy director-general Ibrahim Eren said that this competition format of reciting the Quran was organized for the first time in Turkey with the help of the Presidency of Religious Affairs (DİB, better known as Diyanet).

Explaining the details of the new competition, Eren stated that the applicants were to undergo a screening and pre-selection process before being chosen as contestants.

The final episode of the competition will air June 21, which is the 27th night of Ramadan known as Laylat al-Qadr, during which the jury and audience will choose the first, second and third place winners of the competition among the remaining seven contestants.

TRT will also offer a spiritual escape to its viewers with special iftar and sahur programs during the fasting month Ramadan.

Ramadan is a holy month in Islam, which is observed by Muslims not only through fasting, but through the nightly "iftar" feast.

Muslims throughout the world take this month of blessing as chance to devote themselves to charity, prayer and good deeds.