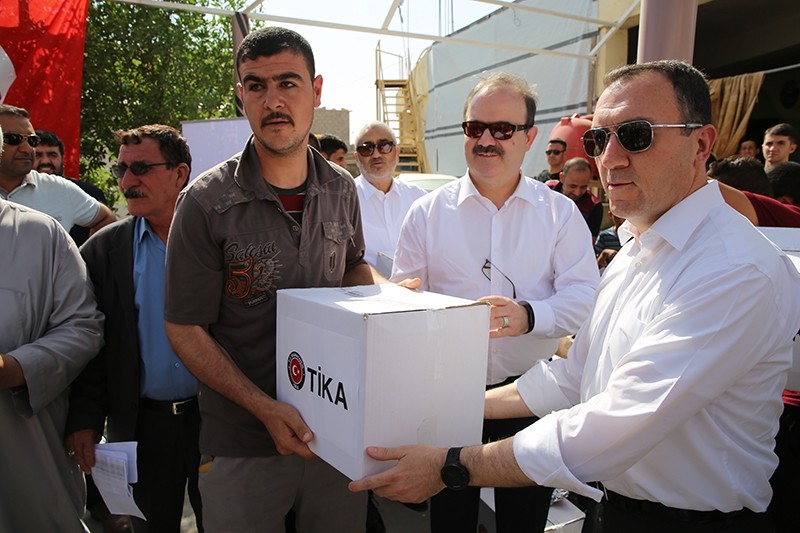 TIKA gave out food aid packages on Friday to 500 Turkmen families who were forced to abandon their homes in Mosul and Tal Afar because of heavy fighting in the area, and settle in Karbala.

TIKA President Serdar Çam and Turkey's ambassador to Baghdad Fatih Yıldız were present during the distribution of aid. Following the distribution, Çam and Yıldız had a meeting with Karbala Governor Akil Turayhi in his office. The meeting's main topic was the condition of Turkmens who after fleeing their homes gained the status of internally displaced persons (IDPs).

The Iraqi army and allies launched a full-scale offensive to liberate Mosul from Daesh terrorists seven months ago. Thousands of civilians were forced to flee the city as a result of the heavy clashes.

Iraq's second largest city was captured by Daesh in June 2014, during their rapid advance into predominantly Sunni northwestern and central Iraq.