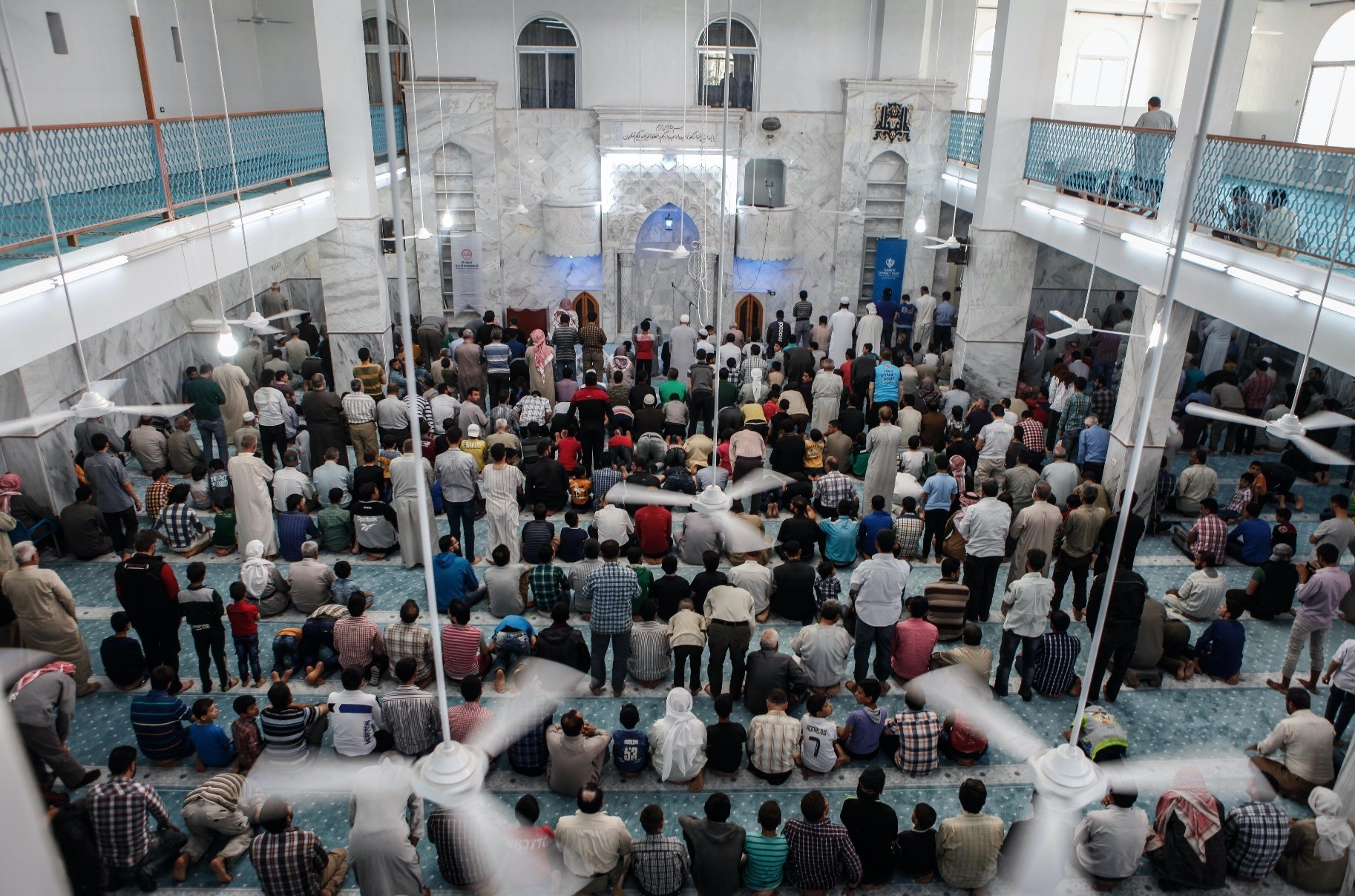 Omar Ibn al-Khattab Mosque in al-Bab is among the mosques restored by Turkey.
by Burak Erdem Çelik Jun 05, 2017 12:00 am

After helping Syrian rebels regain control of cities captured by the Daesh terrorist organization, Turkey is now extending aid to the war-torn cities for rebuilding efforts. While Turkish charities help with restoring infrastructure, a foundation linked to Turkey's Presidency of Religious Affairs is overseeing the religious needs of Syrians returning to liberated towns.

The Turkish Diyanet Foundation (TDV) of the state-run religious directorate, is restoring mosques damaged in the six-year civil war to their former glory while 56 mosques out of 60 that were previously damaged have been reopened for prayers ahead of Ramadan, the Muslim holy month which the faithful spend fasting and praying. Apart from restoring mosques in 10 liberated towns from Jarablus and al-Bab to Azaz, Turkey will send 400 religious officials to these towns as well as to camps for internally displaced persons.

In August, Turkey launched Operation Euphrates Shield to support the Free Syrian Army (FSA) of rebels in neighboring Syria where thousands have been killed by the Assad regime since 2011. More than 2,000 square kilometers of land in northern Syria bordering Turkey were liberated from Daesh and tens of thousands of people who took shelter in other cities and in Turkey started returning home after the operation came to an end in March.

Having liberated Daesh-held towns and villages, Tukey accelerated efforts to improve the quality of life in the areas. The first steps toward normalization in the towns were taken by training a local security force. Turkey also played an important role in restoring schools and sending teachers to liberated towns.

The TDV leads efforts for restoring mosques and building new ones in countries with a predominantly Muslim population as well as in Turkey. In country's southeast, TDV had restored and reopened 127 mosques in areas damaged by the PKK terrorist organization.