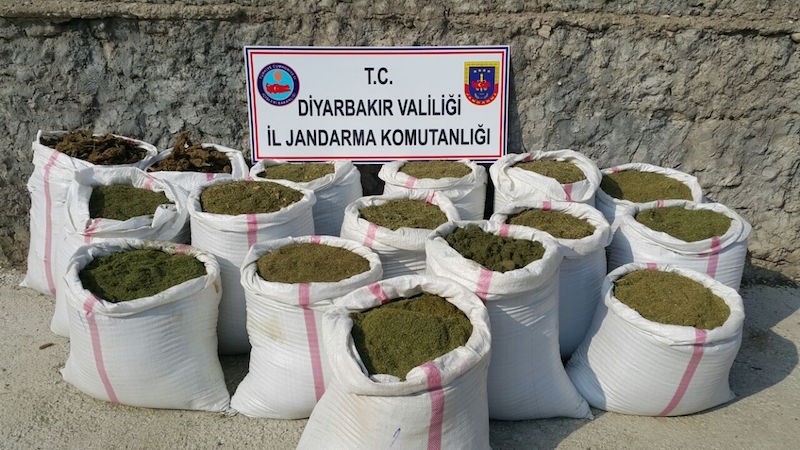 Security forces in southeastern Turkey's Diyarbakır province have seized 2,290 kilograms of hashish and 6,632 kilograms of unprocessed cannabis in an operation against the drug activities of the PKK terrorist organization.

The Diyarbakır Governate announced that the anti-PKK operations that began on May 28 are ongoing, with a total of 10,073 security personnel covering an area of 1,538 square kilometers in Turkey's southeast.

The security teams questioned 592 people at 40 checkpoints across the area. Police located two safe houses and one cave in the region, which contained rifles, ammunition, homemade explosives, supplies, and documents belonging to the PKK.

Reported testimony from a terrorist captured by security forces yesterday indicated that the PKK's cannabis growing enterprise was a large source of income for the organization, but that drug-selling aspirations had become impossible due to lack of support for the PKK from the local population.