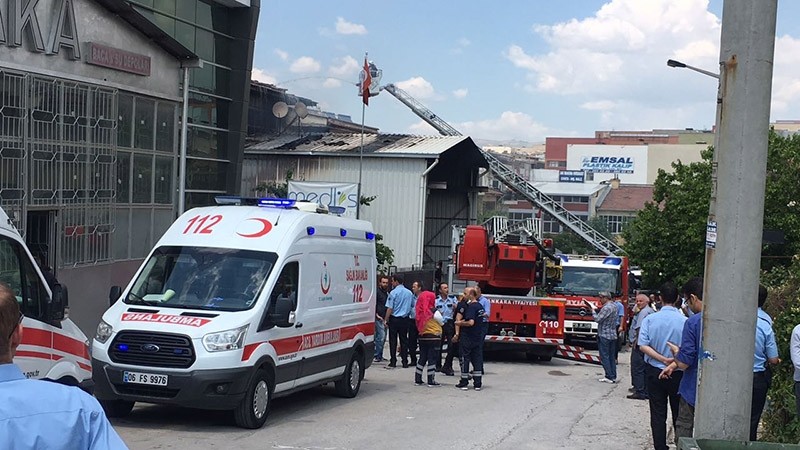 Two people were killed and three others were injured Wednesday in a factory blast in central Turkey's Ankara.

The explosion occurred in the Ivedik Organized Industrial Zone in Ankara's Yenimahalle district at an auto spare parts shop.

Numerous fire fighters and ambulances were dispatched to the scene and the three injured were immediately dispatched to nearby hospitals for medical treatment.

Yenimahalle district Mayor Fethi Yaşar noted that authorities believe the fire started during the production of a motor admixture, but an investigation is still ongoing to find the exact cause. He dismissed speculations about a terror attack.

Meanwhile, Ankara Police Chief Mahmut Karaaslan noted that the the fire was likely caused by entrapment of gas.