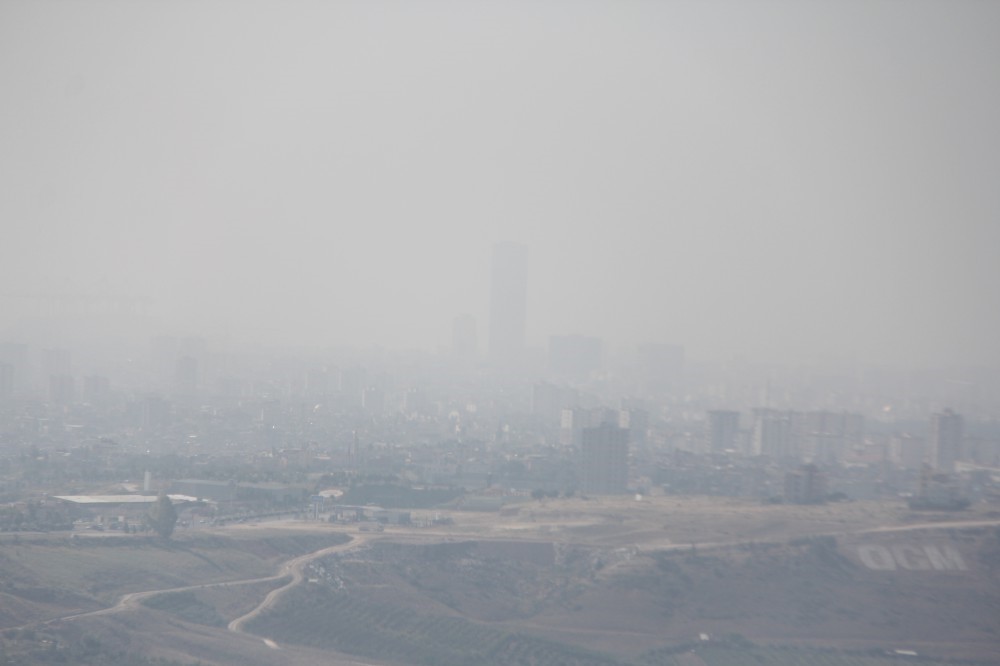 The southern city of Mersin can barely be seen through the fog of humidity. With temperatures 10 degrees above average, many are prefering to stay indoors rather than brave the extreme heat.
by Daily Sabah with AA Jul 01, 2017 12:00 am

The hot weather front from North Africa affecting much of the country has pushed temperatures to more than 10 degrees Celsius above seasonal averages and in some places over 45 degrees Celsius.

The front will affect the west of the country until Monday while the east will be under its influence most of next week. Temperatures over the weekend will reach 37 degrees Celsius in Istanbul, which must be considered lucky compared to the rest of the country. In İzmir on the Aegean coast, it will reach 41 degrees, the same as in Adana on the southern Mediterranean coast. In Antalya, one of Turkey's most popular tourism destinations, temperatures will be 42 degrees, while in the southeast, it is expected to push the mid-40s. In Aydın, another popular tourism destination in the southwest, temperature is expected to be around 45 degrees Celsius. 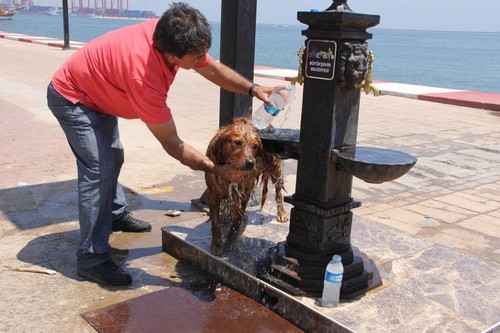 Meteorologist Orhan Şen from te Istanbul Technical University said temperatures have already been well above seasonal normal during June, even before the latest head wave. "It was very cold last winter and we expected the summer to be hotter than usual. Turkey will be the hottest place in our latitude. No one should act as if the next few days are simply hot. Everyone should take precautions."

Şen said that just like extreme rain and floods are designated as natural disasters, officials should see extreme heat as a disaster that needed to be tackled. "The next few days are truly risky. Increased temperatures are at a natural disaster level.

"This heat wave will affect most of the country. In many places, record temperatures may be reached. There are heavy rains in Istanbul on Tuesday and Wednesday, but the heat will return the week after," he said.

Şen said there is a possibility that similar heat waves will happen in the coming months, adding that autumn this year may be limited to November, with temperatures during September and October reaching summer levels.

"The number-one cause behind what's happening is global warming," he said.

The southern Mediterranean coastal town of Mersin, between Adana and Antalya, saw temperatures reach above 40 degrees on Friday, while humidity rose to 71 percent. Mersin, a city of 1 million, virtually disappeared due to increasing humidity, with photos from outside barely showing the high-rises in the smog. A few people who braved the outdoors soon escaped to the city's parks, having an afternoon snooze in the shades of trees while most others preferred to remain in their offices or homes.

USE OF SUNBLOCK IMPORTANT

Pediatrician Dr. Reyhan Erol, speaking to İhlas News Agency, said the use of sunblock, in addition to hats and sunglasses, is important, but people needed to be careful not to use the cream excessively. "Sunblock also prevents the absorption of vitamin D. Just use as needed. Also make sure the sunblock is organic and does not contain chemical filters."

Erol said people of certain ages, especially those under 10 and over 65, and infants are especially susceptible to the harmful effects of high temperatures and direct sunlight. "Those in those age groups should not go outside their homes between 11 a.m. and 4 p.m. unless there is an emergency. Plenty of fluids, especially freshly squeezed fruit juice, and several small meals rather than three large meals are recommended." She also said people should swim in the sea rather than pools where bacteria and microbes can breed faster. 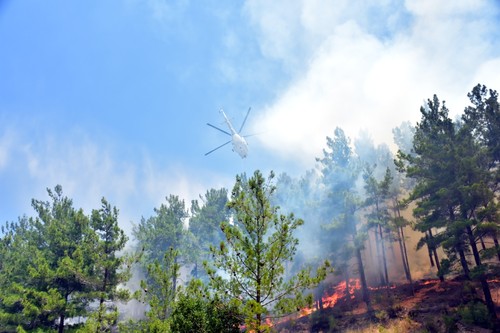 Forestry officials have said that they have taken a number of precautions to handle the increased risk of forest fires due to the current heat wave. İzmir Forestry Department Director Şahin Aybal said Friday that as temperatures increase, humidity as well as the risk of forest fires increase. "We have organized a joint task force with the Meteorology Directorate to follow weather data. Humidity is expected to drop to 10 to 20 percent due to heat."

Helicopters, planes and amphibious vehicle, as well as dozens of personnel were on call to handle every eventuality, he said, adding: "I ask all citizens to call the 177 hotline if they see any smoke. Our watchtowers and GPS system show which team is closest to any particular point and as a result we are able to reach any hotspot in minimum time."