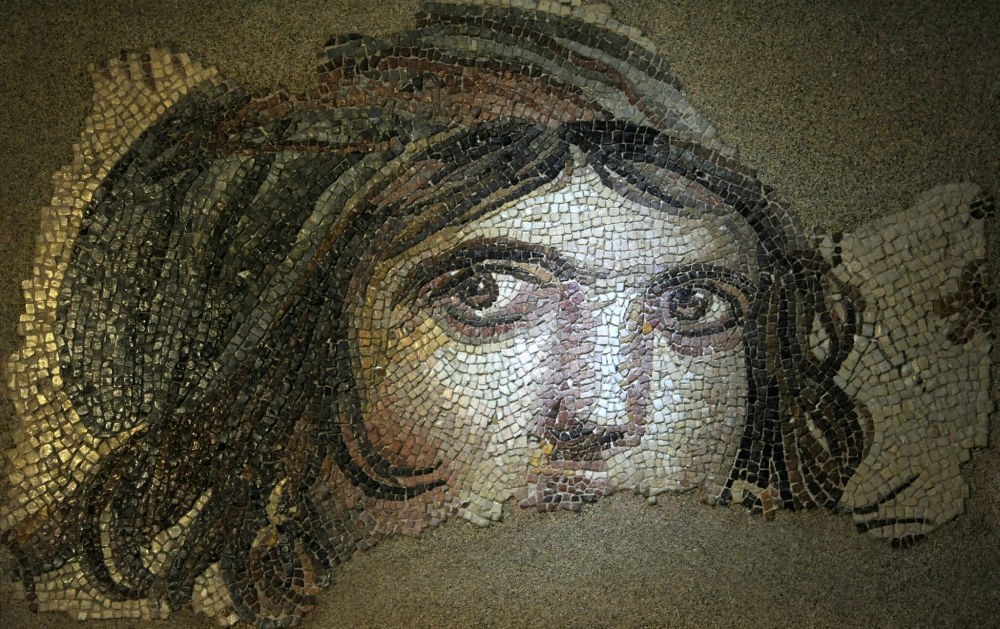 "Let us remember you well," Culture and Tourism Minister Nabi Avcı said, appealing to the administration of Bowling Green University in Ohio to return the missing pieces of a historic mosaic taken from Turkey.

Avcı was visiting a museum in the city of Gaziantep where the famous "Gypsy Girl" mosaic is on display when he made the remarks yesterday.

Ankara hopes to retrieve the missing pieces of the Roman-era mosaic discovered in the southern city of Gaziantep in the 1990s from the United States where they are currently being exhibited in an art center. The mosaic became a symbol of the city located near the Syrian border since its discovery and, although experts were never able to establish the gender or identity of the figure, it came to be known as "Gypsy Girl" by locals due to the figure's hairstyle and head wrap.

The missing pieces are believed to have been stolen by smugglers and sold abroad. They ended up at Bowling Green University in Ohio and are currently on display in an exhibition at the university's Wolfe Center for the Arts.

The Turkish Foreign Ministry and the Culture and Tourism Ministry have recently reached out to facilitate the return of the missing pieces, which will be an important contribution to the existing mosaic on display at Zeugma Museum, named after the ancient city where the mosaic was found.

"You see the spaces between the pieces of mosaic, they are like the missing pieces of a puzzle. This is what is left from the pieces brought abroad. Now, a university should not be remembered with such an incident," Avcı told reporters. "It would be more appropriate to return such a valuable cultural entity to its homeland. I call on the [Bowling Green] administration, academics there to make a choice. They will either be remembered as a university where artifacts smuggled from Turkey are on display or we will put a plaque here inscripted with gratitude to the university for returning the pieces," he said.