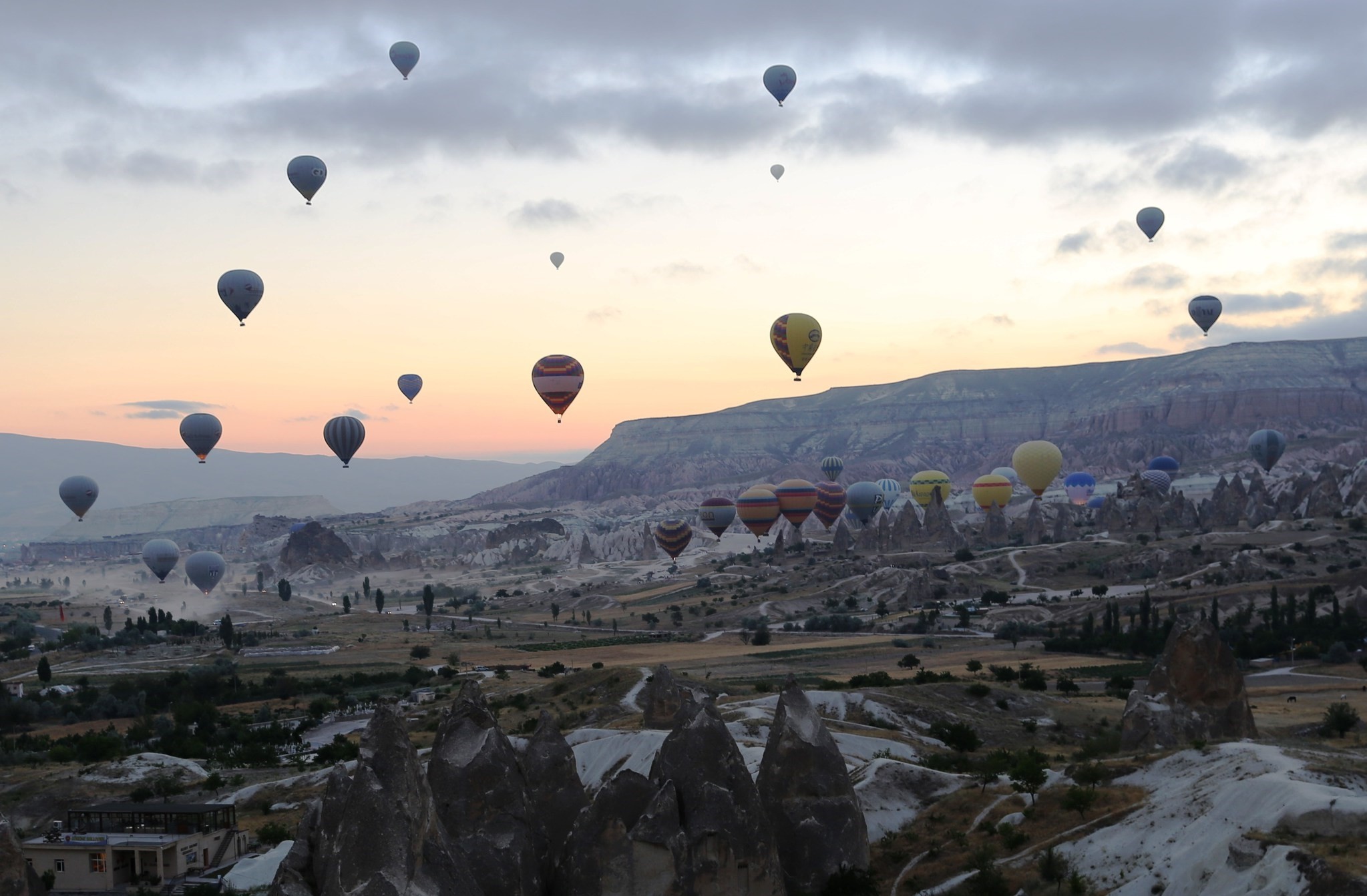 Hot air balloon tours in the sky of central Turkey's popular tourism destination Cappadocia attracts 120,000 tourists in the first half of 2017, boosting tourism revenue in the region, according to the tour operators body.

"One-hundred and twenty-thousand people have explored Cappadocia from air in the first half of this year," Yakup Dinler, head of the Cappadocia Touristic Entrepreneurs Association (KAPTİD), told Anadolu Agency.

The tourism body head expected that a total of 300,000 people would experience hot-air balloon tours by the end of this year which would see a revenue of 40 million euros ($45.6 million).

He said that following a bad year of tourism in Turkey, which was affected by several terror attacks and a deadly coup attempt in 2016, the tourism sector entered a recovery process this year.

"There is a slight increase [in the number of international tourists] compared with the last year," he added.

He underlined that the hot-air balloon tour price in Cappadocia was not as high as it is circulated or assumed. Almost all foreign tourists, mainly from the Far-East countries find hot-air balloon prices very affordable.

Cappadocia, located in the Anatolian region of Turkey, is preserved as a UNESCO World Heritage site and is famous for its chimney rocks, hot air balloon trips, underground cities and boutique hotels carved into rocks.

To get the authentic experience, tourists from all over the world prefer to experience Cappadocia's landscapes and peak-like rock houses up in the sky.

Keeping the hot air balloon tour guides under strict control will offer tourists comfort, safety and will contribute to the region`s economy.

The hot air balloons are also being tracked by a GPS system, allowing the speed limit and distance of the air balloons to be detected.

Cappadocia is also famous with its authentic Turkish restaurants, but also offers samples of international cuisines at the dozens of dining spots available in the region.

The region has also been used as a natural film set for many film producers in the past.