Syrians return to safe haven Turkey after holiday at home 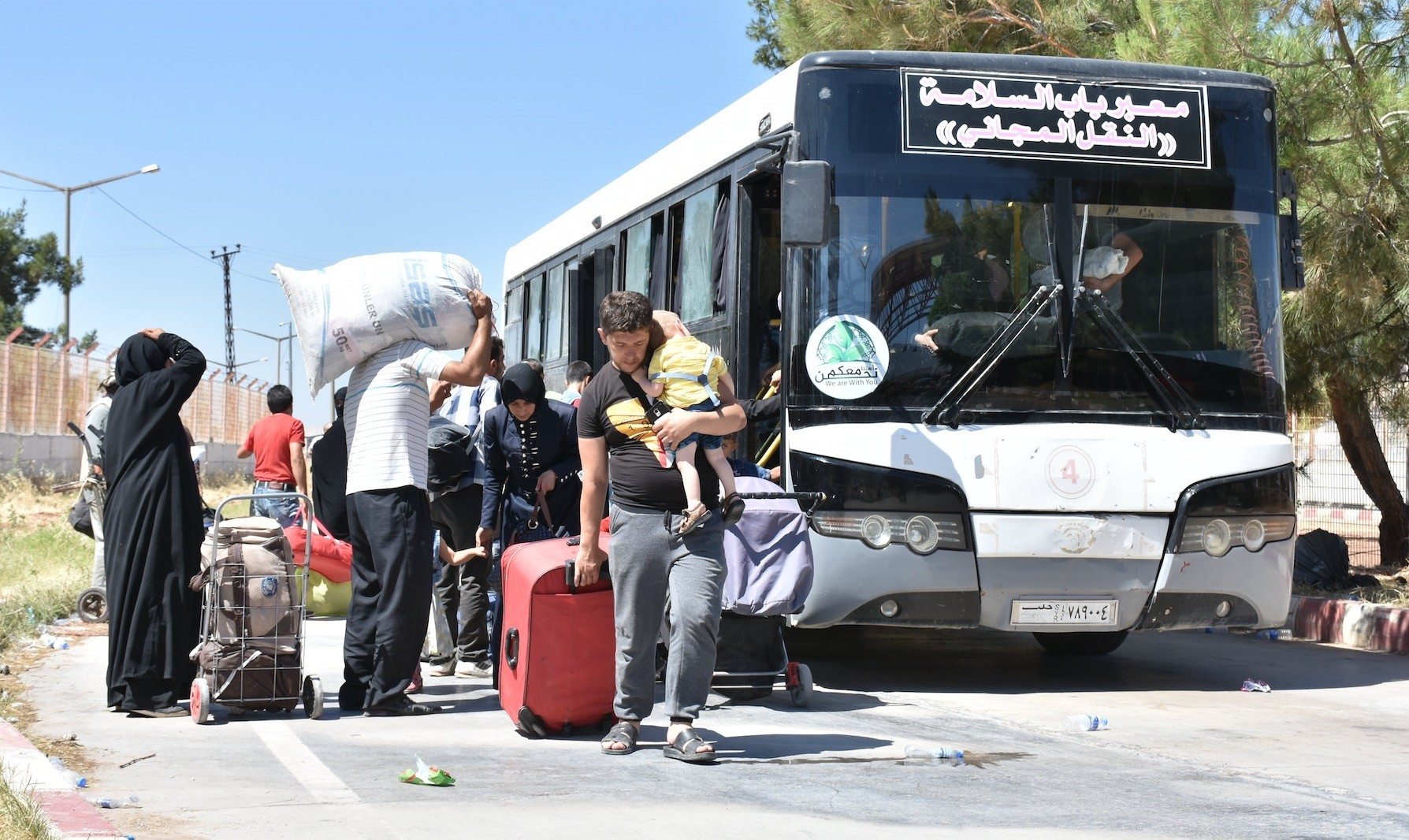 It wasn't exactly a holiday in the sun, but at least they found a chance to meet relatives they had not seen for a long time back in their war-torn home country. Now, some 44,000 of the 68,000 Syrian refugees who fled from the civil war to Turkey, returned to Turkey after spending the recent Ramadan holiday, Eid al-Fitr, in their homeland.

Turkey is probably the only safe haven in the region for refugees with nothing left in Syria except for relatives. Syrians made their return to Turkey, which hosts some 3 million Syrian refugees. Most of those who left for Syria last month for the Muslim holiday spent their days in Azaz, Mare, Soran, Aktarin and other towns in the Aleppo province, which have been relative oases amid the aggravated conflict that started six years ago.

Yesterday, another large group of returnees flocked to the Öncüpınar border crossing in Turkey's Kilis province. In a buffer zone between crossings, Turkish doctors check the returnees for possible diseases and vaccinate the children, while customs officials search returnees against possible smuggling cases. Then, they head to the Turkish side by bus and are welcomed by their relatives in Turkey.

Ahmed Charef hails from al-Rai in northern Aleppo and the holiday was his first opportunity to reunite with his parents living there in three years.

"I have found it better than it was before thanks to Euphrates Shield," he told Anadolu Agency, referring to the military operation conducted by the Turkish military last year

Syrian opposition, backed by the Turkish military, had liberated several Syrian towns from Daesh and Turkey is now helping rebuild those towns devastated during the war.

Since its start in 2011, the Syrian conflict has evolved in to an all-out civil war, from which Turkey has received about 3 million refugees. A small fraction of the refugees stay in modern camps set up in border cities, while the majority live in houses they rent or have bought, often in decrepit, abandoned buildings.

Official border crossings were closed in 2015, barring exceptions in cases such as serious injuries, to prevent a spillover of the conflict and to stem the flood of refugees.

Ankara has also been building a wall along the border to curb the cross-border movement of fighters. Turkey has nearly 3 million Syrian refugees, the largest number of all the countries in the region. It remains a safe haven for displaced Syrians, although the constant threat of violence spilling over the border has forced Ankara to restrict crossings.

Turkey is a staunch advocate for the establishment of a safe zone inside Syria for those internally displaced, which would ostensibly prevent attacks on them by the Bashar Assad regime and the Daesh terrorist group, among others.