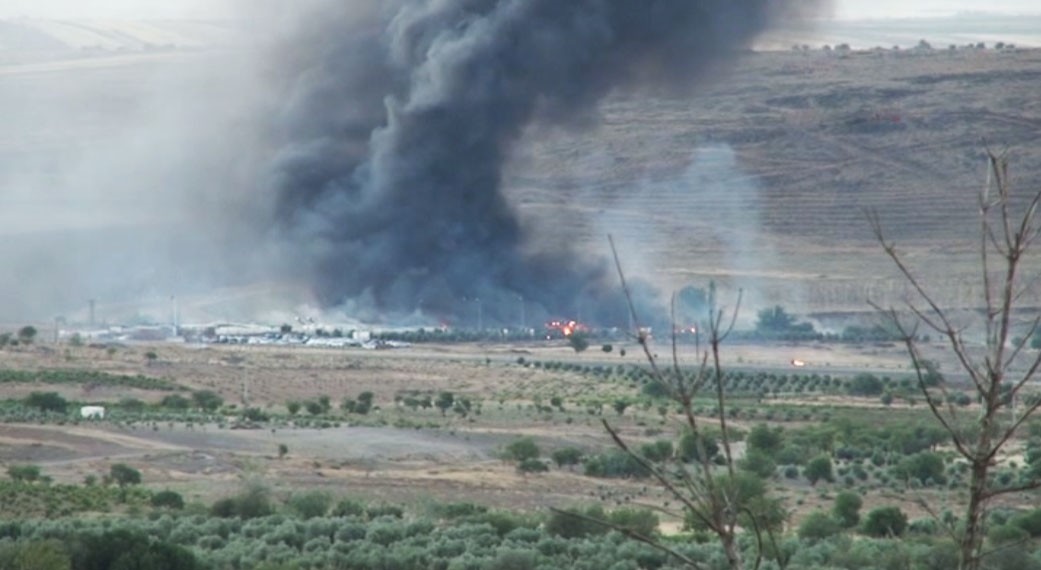 A fire triggered explosions in an ammunition depot early Thursday on the outskirts of the Kilis province near Turkey's Syria border, slightly injuring 10 soldiers.

Black smoke was seen rising from the city center of Kilis after explosions occurred in a temporary military base located only two kilometers away from an organized industrial zone near Kilis.

The Kilis governorate said that 10 soldiers were affected by the heavy smoke and said no casualties occurred during the incident.

Firefighters were initially unable to extinguish the flames, due to the ongoing explosions, but started intervening as soon as the explosions stopped.

Multiple ambulances, as well as search and rescue teams, rushed to the scene.

How the fire started will is unknown and will be investigated.