Cyclists travel to Ankara from Germany to honor coup victims 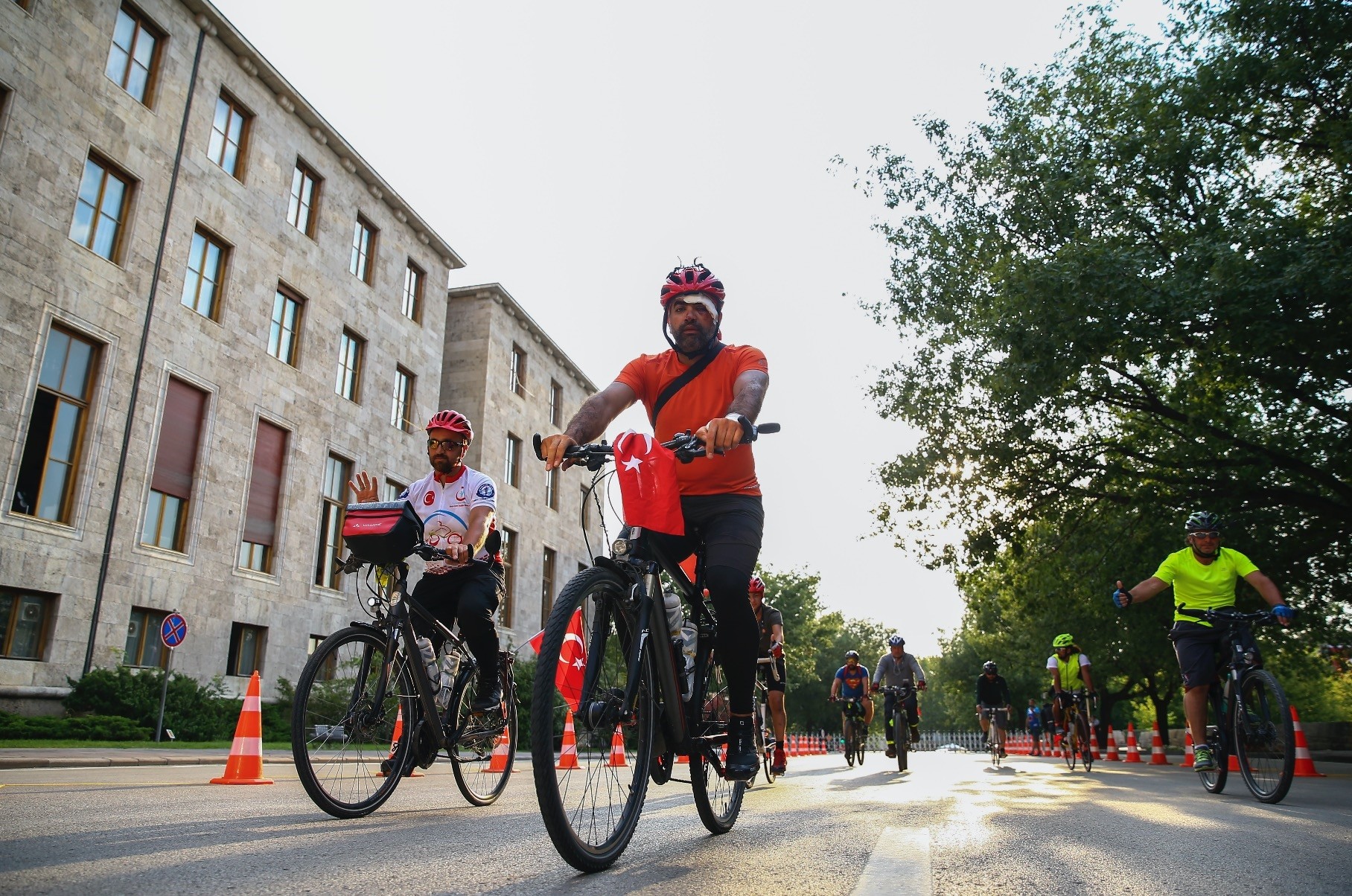 Cyclists ride to the entrance of Turkish parliament where they handed a Turkish flag to the parliamentary speaker to conclude their ride from Germany.
by Daily Sabah with AA Jul 17, 2017 12:00 am

The head of a Turkish diaspora organization's Munich chapter and four other members arrived in Turkey's capital Ankara on bicycles to pay respect to the victims of the July 15, 2016, coup attempt that killed 249 people.They covered a distance of 2,700 kilometers (1,677 miles) from Munich to reach Ankara.

"The main objective of this journey is to pay homage to the martyrs of July 15, veterans and our president," Abdurrahman Serdar Çakmak, the head of Union of European Turkish Democrats' (UETD) Munich chapter, told Anadolu Agency.

Pointing to his visit last year to Turkey on a bicycle after the foiled coup attempt, Çakmak said, "We plan to organize a bike tour from Munich to Ankara in coming years as part of the commemoration of our martyrs and veterans."

Çakmak said they began their ride 20 days ago with three bikes and two supporting staff. He said they presented a Turkish flag, which they brought with them, to Turkish Parliament Speaker Ismail Kahraman. Parliament was the target of fighter jets piloted by putschists that carried out airstrikes on the building while it was occupied with lawmakers who had rushed to the location in a show of force against pro-coup forces. He said: "Our journey has two themes. We want to honor the memory of July 15 martyrs and to become a bridge between Turkey and the people of Turkish origin in the Balkans, Muslim people and the places of our ancestors."

Turkey on Saturday marked the anniversary of the coup with nationwide events that drew millions to commemorate the victims and celebrate the victory against putschists.