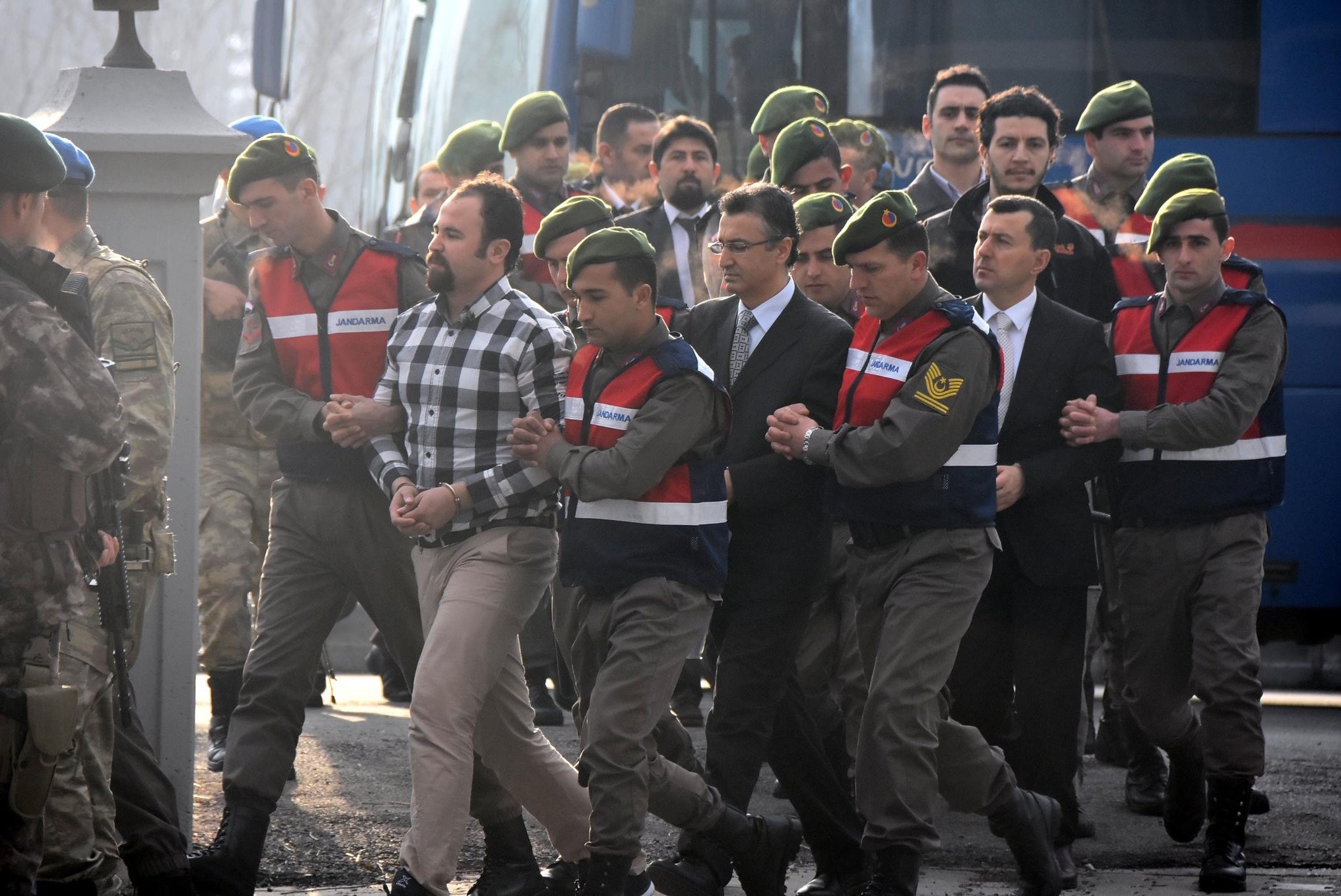 After public outrage over the outfits worn by the defendants in coup trials, President Recep Tayyip Erdoğan signaled in a speech late Saturday that jumpsuits may replace the elegant suits and provocative T-shirts

"They are apparently having a good time, they have a swagger before the eyes of the families of the victims," President Erdoğan said in an address to millions late Saturday in reference to defendants tried for last year's foiled coup attempt. He was echoing public sentiment over officers linked to the Gülenist Terror Group (FETÖ) who were "dressed to the nines," as social media users pointed out, at their trials, angering the families of the 249 people killed by or on the orders of those very defendants.

Erdoğan promised to make it mandatory for all defendants to wear uniforms or rather jumpsuits, a practice common in the United States. "I told the prime minister and the justice minister that these people should be obliged to wear a special outfit to court. You cannot appear before the court wearing such chic suits. We have to respect the rights of victims and the families of those (killed by putschists). We will do what is necessary," Erdoğan told the crowd in Istanbul gathered to commemorate the victims of the July 15 coup attempt. 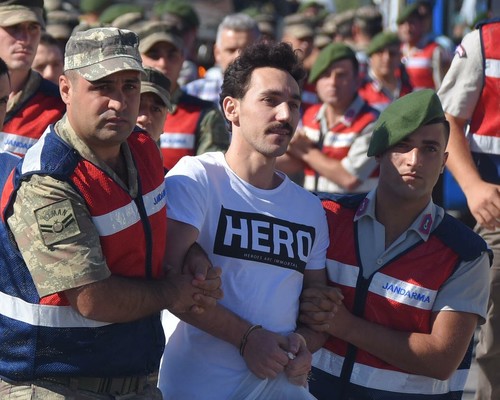 Gökhan Güçlü wore a T-shirt with "Hero" inscribed on the front to his hearing on Thursday.

One of the suspected members of the FETÖ-linked assassination squad, which had been sent to kill President Erdoğan during the coup bid on July 15, appeared at trial Thursday wearing a T-shirt with an inscription reading "Hero," sparking public outrage. Upon complaints by the plaintiffs over the T-shirt, Gökhan Güçlü claimed he was given the T-shirt by prison guards and was ordered back to prison by the judges after strong protests by the plaintiffs. Güçlü, a former noncommissioned officer, and 43 other defendants stood before the Muğla Second Heavy Penal Court for the third hearing in their trial for the assassination attempt.

The "Hero" logo and the fact that Güçlü was smiling, while being escorted by gendarmerie officials to court, sparked outrage, including inside the courtroom, where Mustafa Doğan İnal, one of the presidential lawyers, pointed out the T-shirt to the judge. "The defendant describes himself as a hero apparently. He is no hero, he is someone challenging the rule of law," he told the judges. 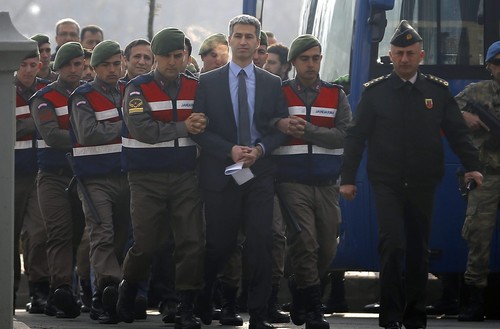 Defendants mostly chose suits to wear in the courtroom.

Media outlets had reported that the general directorate of prisons launched an investigation into the T-shirt incident to find out whether the prison authority was negligent over Güçlü's controversial outfit. The directorate also ordered the examination of the clothing of all coup suspects across Turkey and instructed the removal of clothes with messages in English.

The clothing choice of the defendants in other trials has also been a hotly debated issue since the first major trials on the coup bid started in February. Some defendants sparked outrage when they appeared before the courts with well-ironed suits and cool haircuts to match. Social media was awash with comments condemning the dapper looks of the officers, from a sergeant to a general who oversaw the mission to kill the president on behalf of the coup's masterminds. A Turkish daily had taken issue with the "good-looking" defendants and called on the authorities to issue "uniforms," preferably orange prisoner jumpsuits common in other countries for defendants in such high-profile cases. Unlike the United States and other countries, Turkey does not have jumpsuits or uniforms exclusive to prisoners or defendants, and under a controversial interpretation of the law, judges sometimes reduce sentences in cases where the defendant dresses in a suit and observes "good manners toward judges" during the hearings.