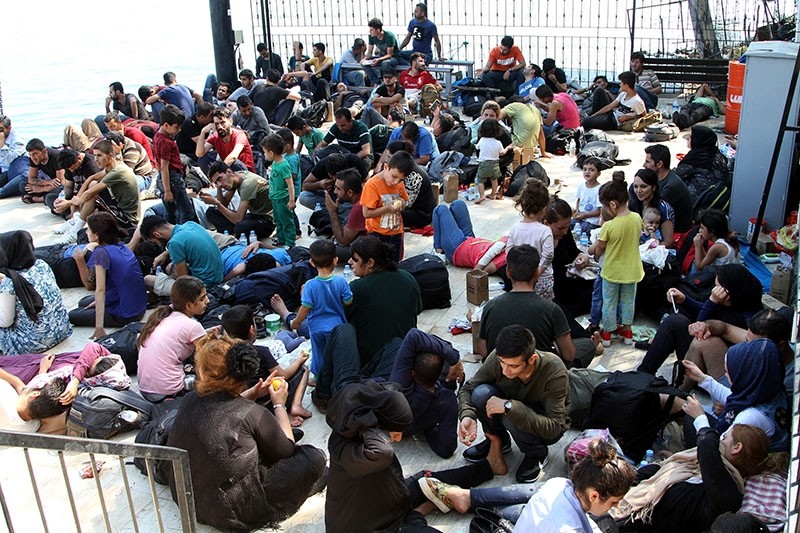 The Turkish Coast Guard prevented a new migrant boat tragedy yesterday when they rescued 113 Syrian refugees from a sinking boat on the Aegean Sea.

The refugees were traveling on a 20-meter boat off the coast of Seydikemer in southwestern Turkey when it started taking on water.

Eyewitnesses alerted the Coast Guard, which rushed to the scene and evacuated the passengers, including 34 children.

The boat captain is wanted on human trafficking charges. The passengers said the captain grabbed a raft and fled to safety when the boat started leaking.

Media reported that the migrant boat was bound for one of the nearby Greek islands, preferred by many Syrian refugees seeking a better life in Europe.

Images of migrants holding onto sinking boats have almost vanished thanks to a deal between the European Union (EU) and Turkey that brought tighter patrolling of the Aegean waters against illegal migration and regulated the resettlement of Syrian refugees from Turkey to Europe.

According to the Turkish Coast Guard, 7,801 illegal migrants have been intercepted on the Aegean Sea so far this year, a considerable drop compared to the tens of thousands trying to cross to Greek islands just a month before the EU deal came into force early last year.

In the first seven months of 2017, 20 people have died while attempting to cross to Greece, but, in the last two months, only one person has died at sea.