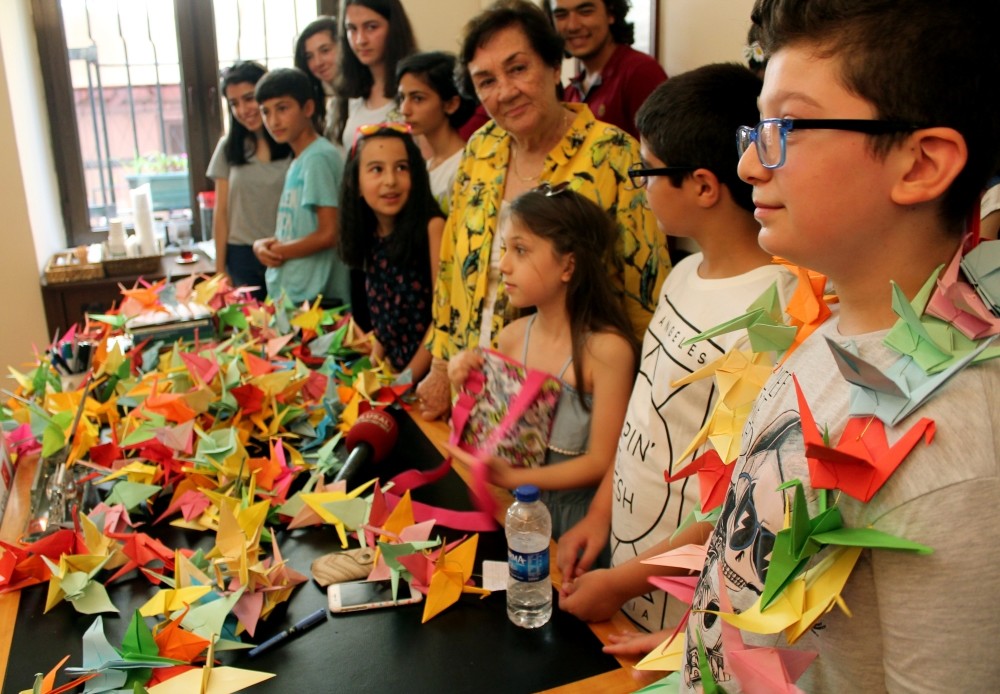 A total of 132 Turkish children have made 2,000 origami cranes to send to Hiroshima in the hope of world peace and to commemorate Sadako Sasaki, a 12-year-old boy who died of leukemia due to the results of the atom bomb the U.S. dropped on Hiroshima during World War II.

As a part of the Cranes Flying for Peace project carried out by the Çağdaş Yaşamı Destekleme Foundation, the first 1,000 origami cranes will be sent to Hiroshima to be displayed at the Children's Peace Monument on Aug. 6. The other cranes will be exhibited simultaneously with the ceremony in Hiroshima at Beylikdüzü Yaşam Vadisi in Istanbul.

The commemoration ceremony is held annually in Hiroshima and thousands of origami cranes are sent to Hiroshima from all over the world in the name of peace.

Sadako Sasaki: The boy who became the symbol of peace

Sadako Sasaki was only two years old when the U.S. dropped the atom bomb one mile from his home in Hiroshima. Although Sadako was not hurt that day, he was diagnosed with leukemia when he turned 12. When Sadako was diagnosed with "atom bomb disease," the legend of the crane, which represents life, hope, luck and happiness, was revived in Japan. According to the ancient Japanese legend of "1,000 paper cranes," if a sick person makes 1,000 cranes from paper, he or she will get better soon.

Believing in this legend, Sadako began to make origami cranes after he was diagnosed, but he could not finish 1,000 cranes before he passed away. However, his friends made the remaining 356 origami cranes, and Sadako was buried with them.

From that day onwards, origami cranes became the symbol of peace and nuclear disarmament around the world.