Boy in viral image speaks about his canine company 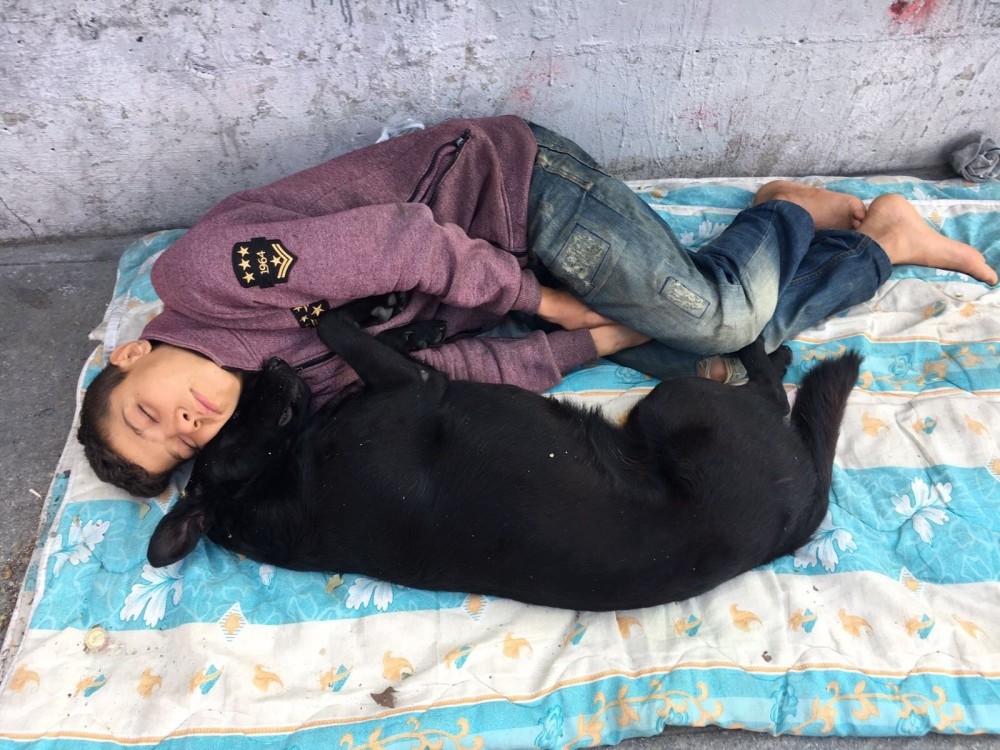 "He is my only friend," Mahmoud Hassan says as he points to the stray dog in the iconic image that went viral in Turkey earlier this week. The 14-year-old Hassan is one of 3 million Syrian refugees who have taken shelter in Turkey and his life drama was shown to the world when the image of the boy sleeping on an Istanbul street while embracing a dog surfaced.

The boy is among the many Syrians without a home. His mother died 12 years ago and his father cannot leave Syria. He managed to flee to Turkey with his uncle from their hometown Afrin three years ago but was apparently abandoned by the uncle. A brother lives in another Turkish city while two elder brothers are soldiers fighting for Assad's forces.

With nowhere else to go, he now calls Istanbul home and his dog is called Zeytin (Olive), which he describes as his only friend. "We liked each other after we first bumped into each other some eight months ago. The dog is like family for me. We sometimes sleep at the bus stop and sometimes over there," he says, pointing to a covered marketplace lined up with shops.