Turkish man turns the page on smoking, buys 10,000 books instead 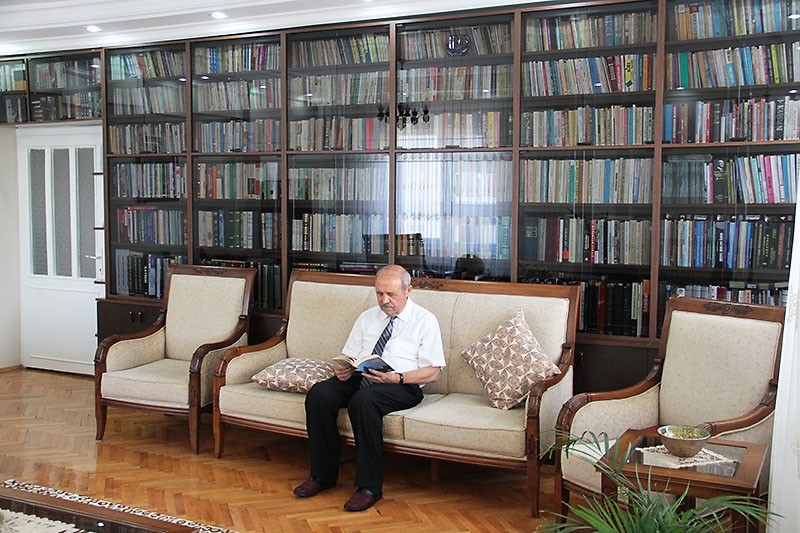 A 73-year-old man from Turkey's central Kayseri province has been buying books instead of cigarettes ever since his friends invited him to smoke when he was in high school.

Yusuf Özmerdivenli, principal of the Kayseri science high school, has purchased more than 10,000 books since he pledged to spend his money on books rather than cigarettes.

Özmerdivenli says he has donated parts of his book collection to various libraries, schools and universities to enable people to benefit from them as much as he did, and also because he does not have enough storage space for his vast collection of reading material.

The 73-year-old principal also encourages his students to stay away from smoking and aims to pass on his passion for reading.

"Not smoking has earned me a collection of 10,000 books," Özmerdivenli said, adding that his investment could as well have vanished as smoke if he didn't make his decision.

"I can easily run with smoking friends who are 15-20 years younger than me," he said, highlighting the health benefits of abstaining from cigarettes.

Some of Özmerdivenli's students were impressed by his willpower and decided to follow his path.

One of Özmerdivenli's students caught his attention because he would smoke during every break when he was teaching at a school.

Özmerdivenli shared his story with the student, and years later discovered that he had taken a page out of his book to also adopt a more healthy lifestyle.

"He came and hugged me," the principal explained, "I have been following your path over the years and have purchased 1,650 books," his student, who became an assistant professor at a university, explained to him.