4 dead, many injured in bus crash on Ankara-Konya highway 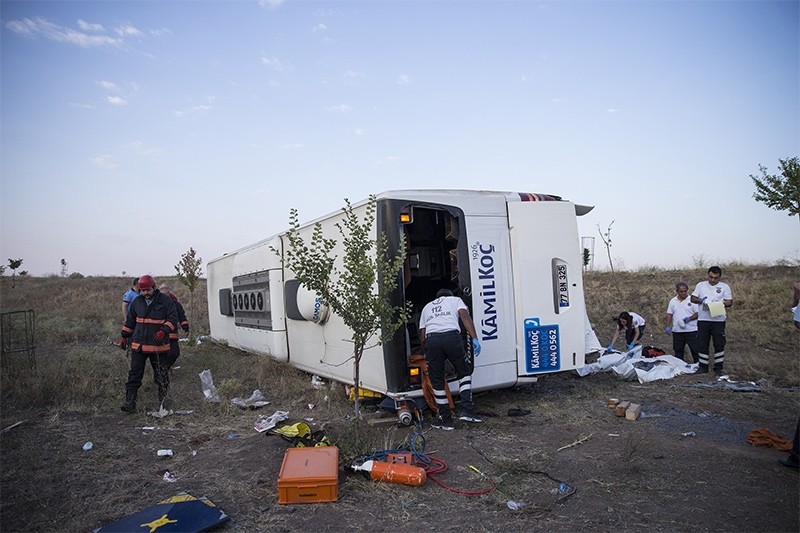 | AA Photo
by Daily Sabah Aug 14, 2017 12:00 am
At least four people have been killed and many have been injured after a bus crashed on the Ankara-Konya highway early Monday.

According to reports, the crash took place after the driver lost control of the vehicle and rolled over.

The coach was heading to southern Hatay province from northwestern Balıkesir province.

Ambulances have been dispatched to the scene of the accident and officials fear the death toll may rise.