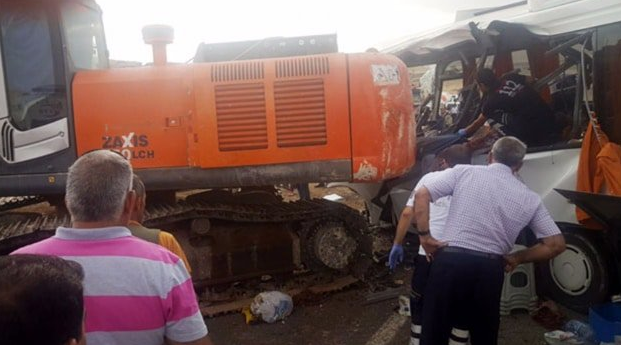 Seven people died and 11 others were injured on Monday after a construction vehicle collapsed and crashed into a midi bus in Turkey's eastern Ağrı province.

The vehicle fell off the big rig when it was rounding a bend in the Palandöken village of Ağrı and crashed into a midi bus that was coming from the opposite direction.

Seven people traveling on the midi bus were crushed to death while 11 other passengers were taken to a nearby hospital. Officials said four of the injured were in critical condition.

The road has been closed to traffic in both directions as the emergency squad tries to get the bodies out of the vehicle.