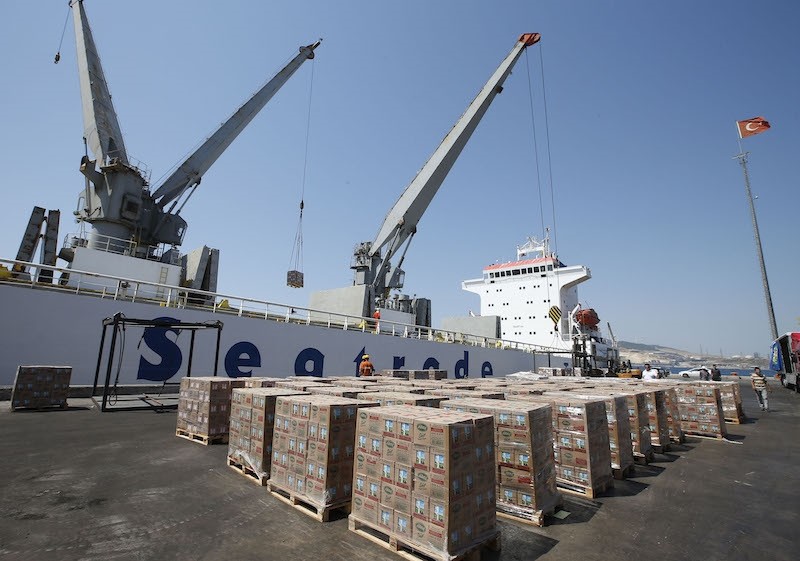 A second ship set to deliver food supplies to Qatar by the end of August has begun the loading process in western Turkey's Izmir province.

The ship is being prepared at the Aegean port of Aliağa, where the first food-loaded vessel set off to Qatar, a country currently subject to a blockade from several Arab states.

Packed with dry food, fruits and vegetables, the second ship is scheduled to depart from on August 16 and will anchor at Doha Hamad Harbor on August 26, five days before Qurban Bayram (Feast of the Sacrifice), also known as Eid al-Adha.

İpek Demirci, general manager of the logistics company behind the shipment told Anadolu Agency that the second vessel has more loading capacity than the first ship, which carried about 4,000 tons of food products to the Gulf nation in June.

Emphasizing that the company had gained significant experience from handling the first shipment, Demirci said, "Our goal is to do this every 15 days. We have started to plan and prepare for this endeavor. We are trying to gain experience to provide a regular service."

She added that they planned to send a third ship after the end of Qurban Bayram in early September.

An issue arose with the first shipment, as many of the food products did not contain labels in the Arabic script, Demirci explained. The problem has been resolved with the second ship, which will contain new products with Arabic labels.