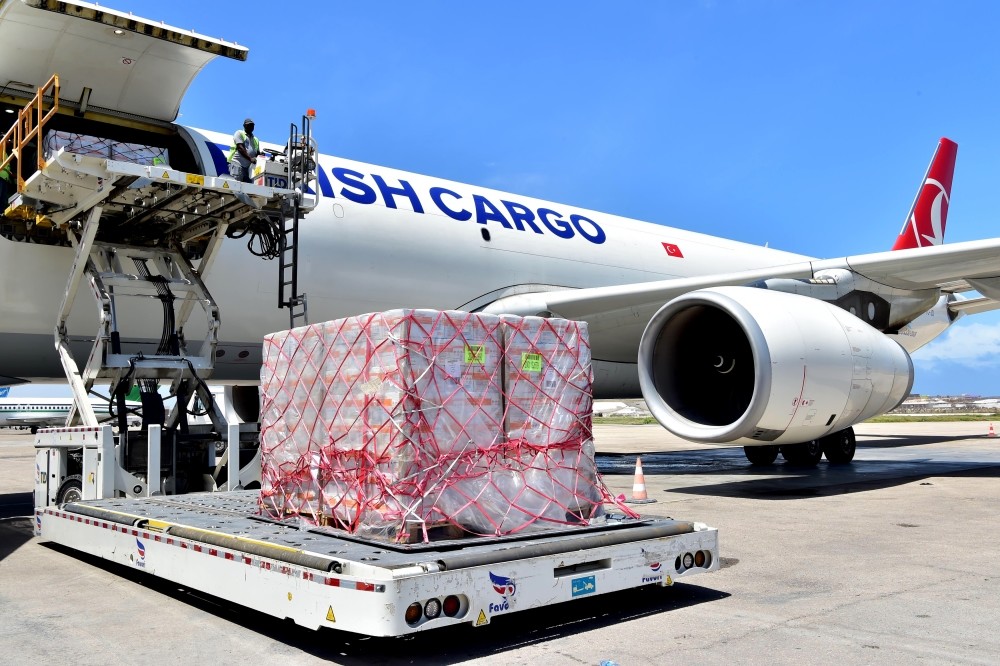 The national carrier Turkish Airlines (THY) flew 60 tons of dietary supplements for malnourished Somalian children yesterday as part of an aid campaign to drought-hit Somalia.

The campaign was the brainchild of a group of social media celebrities and Hollywood actor Ben Stiller who urged the airline to transport donations to the African country. THY is the only international company flying to Somalia, a close ally of Turkey. Since March, hundreds of tons of aid were transported to Somalia by THY. The latest batch of food aid aims to help millions of undernourished children.

Turkish Airlines chairman M. İlker Aycı said that Turkish Airlines was quick to respond to the #LoveArmyForSomalia campaign and noted that the carrier's humanitarian aid missions were not limited to Somalia, adding that they carried out social projects in many African countries. "We are proud to support the people of Africa and help the rest of the world to connect to them. THY contributed to projects ranging from the construction of schools and clinics in 24 African countries to the drilling of wells for countries affected by drought."