Singapore names rare orchid after PM Yıldırım during his visit 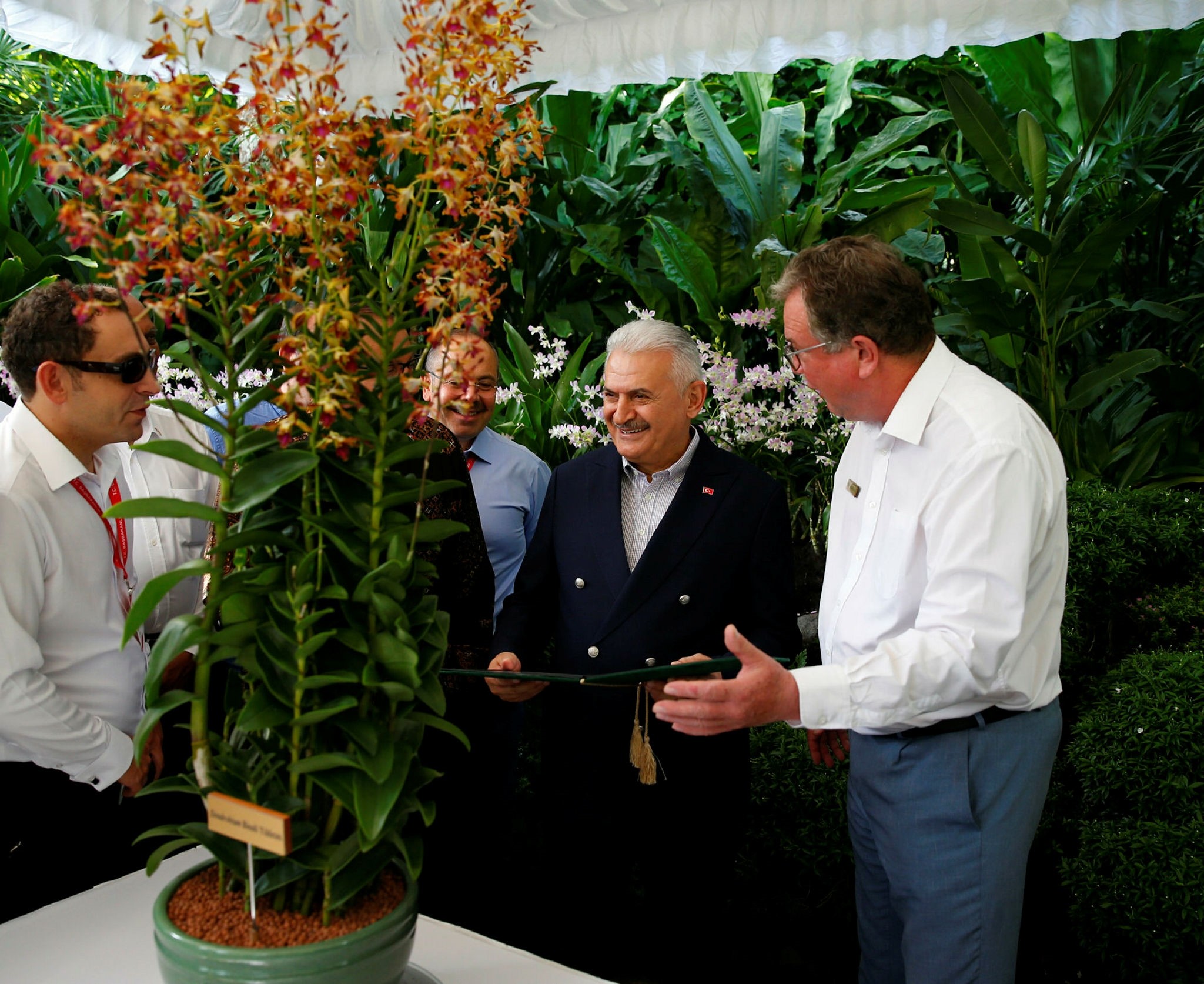 Prime Minister Binali Yıldırım was honored with the naming of a new species of an orchid after him during his visit to Singapore on Monday .

"Dendrobium Binali Yıldırım" a hybrid species, was planted in the National Orchid Garden and Yıldırım was presented with a certificate to mark the event.

Yıldırım, in exchange, donated an olive tree sapling brought from Turkey to the garden.

The premier is in Singapore for bilateral talks with his counterpart Lee Hsien Long, in efforts to enhance Turkish-Singaporean business opportunities and to strengthen diplomatic relations between the two countries.

Yıldırım said that a strategic partnership was established between Singapore and Turkey in 2014, and bilateral relations took a new dimension when a free-trade agreement was signed during Premier Lee Hsien Loong's visit to Turkey the same year.