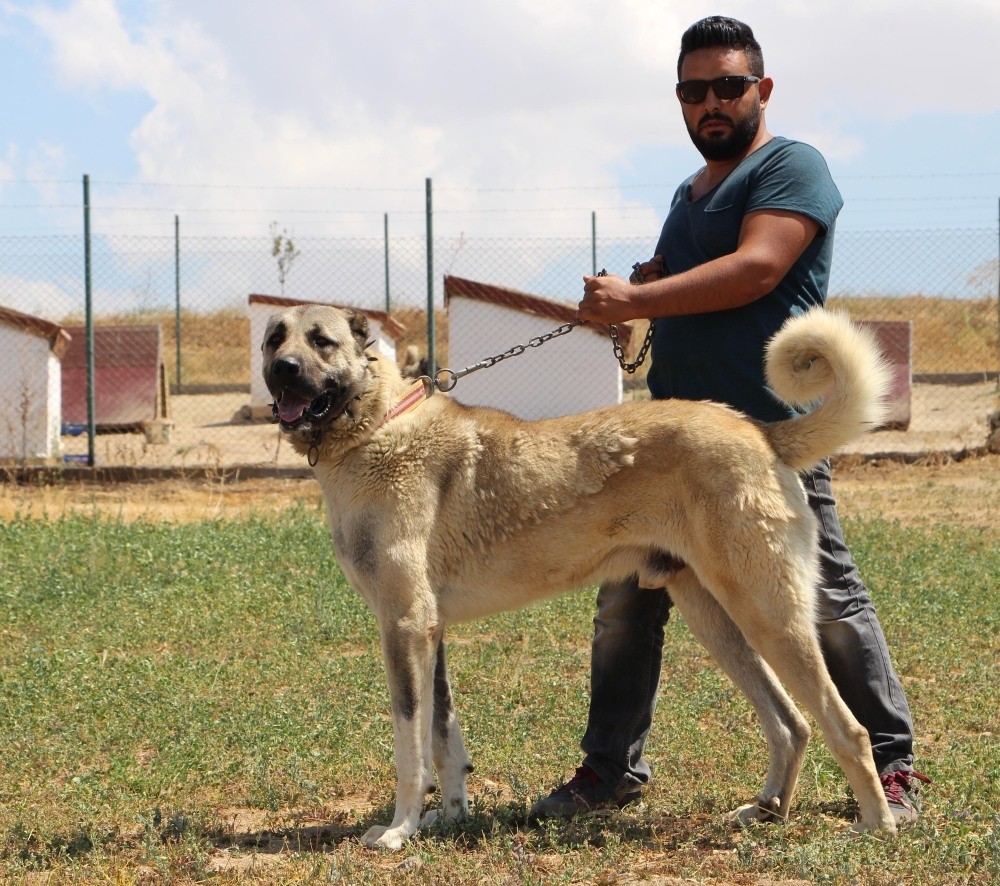 Ten Kangal puppies were brought to a police dog training center in Istanbul from the central province of Sivas, the hometown of the breed which is also known as the Anatolian lion for its well-built appearance and a height that sometimes reaches 2 meters (6.6 feet).

Breeder Murat Taşdelen who sold the dogs to the police told Doğan News Agency that it was quite normal for police to opt for a domestic breed as police in other countries do.

"A Kangal is deterrent, more intimidating compared to other breeds," Taşdelen says.

Dogs native to Turkey, such as the Kangal and Akbaş, defined as Anatolian shepherd dogs, are mainly used as guard dogs for livestock in Turkey and are also popular among farmers across the globe.

Recently, they were sent to Yellowstone National Park in the U.S. to protect wildlife. Aside from their protective skills, Anatolian shepherd dogs are also used for psychological therapy for children, especially those with autism, and for those recovering from drug addiction.

A large and powerful animal, the origin of the Anatolian shepherd dog dates back more than 6,000 years. They are capable of enduring Turkey's harsh climate in winter and the nomadic lifestyle of shepherds.

Despite their formidable appearance, these dogs are very protective and loyal to their owners. They are characterized by their solid, pale tan or sable coat and a black mask.