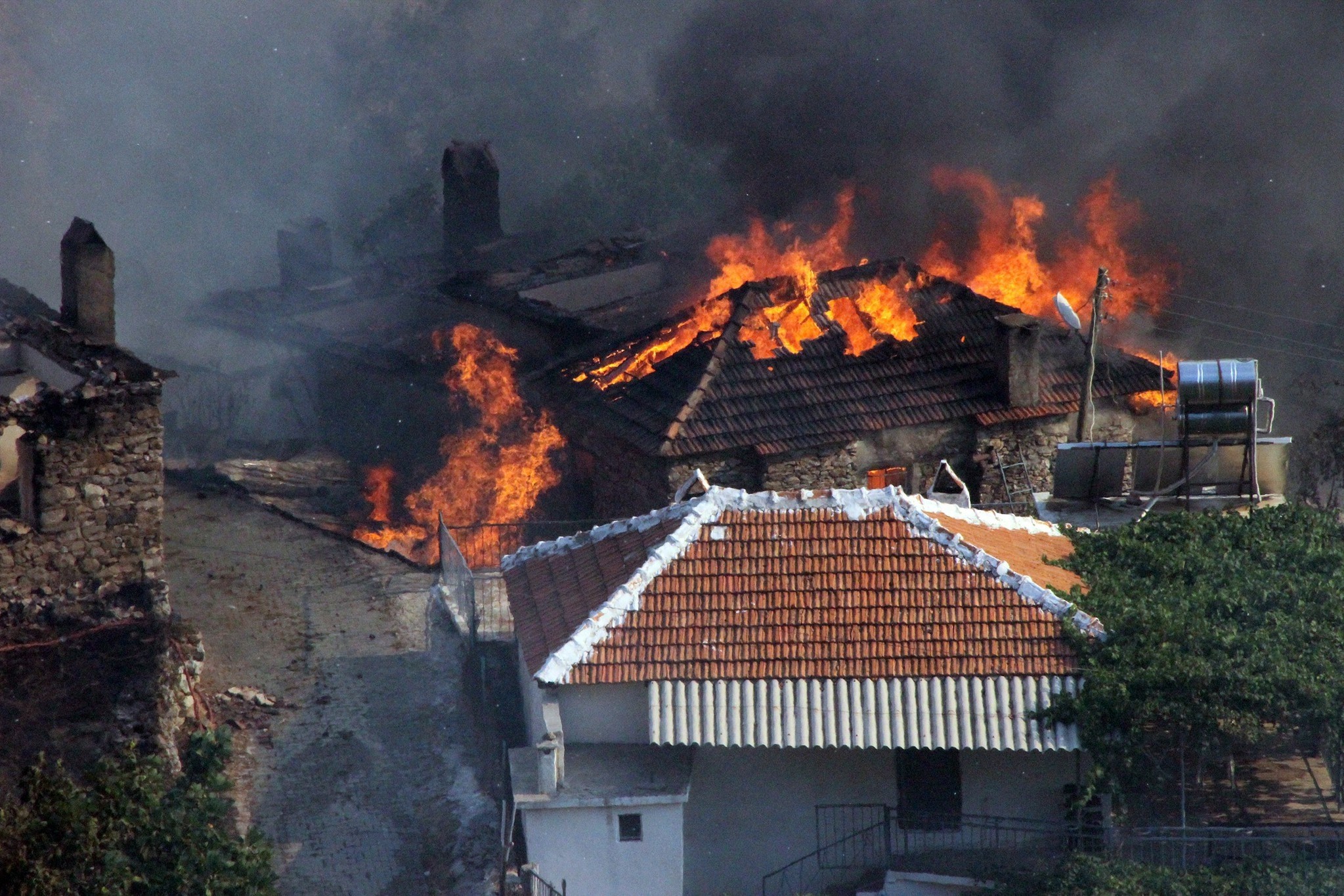 A major blaze hit forests in Muğla's Menteşe district on Wednesday, prompting the evacuation of locals from the area.

According to a statement by the Ministry of Forestry and Water Affairs, 20 houses were damaged and two people were slightly injured, who are now in stable condition.

The blaze affecting the Yerkesik and Zeytinköy areas is still being fought with four aircraft, 13 helicopters, 126 sprinklers in addition to 650 firemen and other personnel.

Soaring temperatures and fires set off by picnic goers are often blamed for forest fires in Turkey that grew in July but arson attempts are not ruled out in some fires, especially in areas popular among tourists. Kazdağları is a national park drawing nature-loving tourists from all across the country and the world.

Multiple forest fires gripped Kazdağları (Mount Ida) on August 10 in what authorities suspect is a result of an arson attempt. Strong winds and the mountainous territory challenged firefighters who struggled to put out the fires that broke out in four different spots simultaneously in Şahinderesi Canyon located in western Balıkesir province's Edremit district.

The fires followed another blaze in a nearby location on June 30 for which an arson attempt is blamed.

So far, at least 1,132 forest fires have broken out across Turkey according to the Forestry and Water Affairs Ministry, burning down an area of 6,220 hectares. Recently responding to allegations that the burned forests would be opened for development such as the construction of hotels, Eroğlu said trees were being planted in all burned areas and forests would not be open to construction. Eroğlu said that on the contrary, they increased the number of forests in the past decade and the total space forests cover in Turkey has seen a significant increase, 1.5 million hectares, in the past 13 years. Around 3.7 billion trees were planted between 2003 and 2016.

Turkey, in its region, is among the most successful countries in terms of rapid response to forest fires. A risk map on forests subject to the risk of catching fire enables the fast deployment of firefighters who are able to arrive in 15 minutes to the scene at most according to Forestry Ministry officials. The country employs nearly 20,000 firefighters specialized in forest fires. Minister Veysel Eroğlu says they employ both staff and automated fire surveillance systems to monitor the forests around the clock and the majority of fires are caused by people. Some 60 percent of forested areas are at the risk of fire. Authorities say that about 12.5 million hectares of forests are in areas under imminent risk.