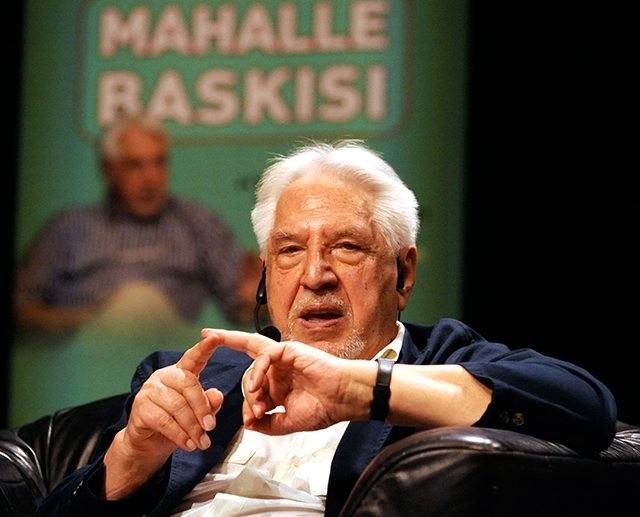 Mardin had been under treatment at a private hospital, according to Istanbul-based Şehir University, where he was a professor of sociology at the Faculty of Social Sciences and Humanities.

He will be laid to rest in Istanbul on Thursday after the noon prayer at Yeniköy Mosque.

Referred to as the "doyen of Turkish sociology," Mardin was known for his work on the historical sociology and intellectual history of the Ottoman Empire as well as the modernization of Turkey and its socio-political transformation.

He coined the concept of 'Turkish Exceptionalism' (the state has always come before religion by "one millimeter" for the Turks) and the term "community pressure," ("mahalle baskısı" in Turkish) which he used to describe a sociological reality in societies becoming more conservative, the type of pressure those who have not adopted a religious lifestyle face.

Born in Istanbul in 1927, Mardin was a member of a long-established and prestigious family. Son to Şemsettin Mardin, a Turkish ambassador and Reya Mardin, the daughter of prominent Ottoman intellectual in the Tanzimat reforms of the Ottoman Empire Ahmet Cevdet, Mardin pursued an admirable academic life.

After finishing his high school education in the U.S., he went to Stanford University to receive his Bachelor of Arts degree in political sciences. After being awarded a Master of Arts degree in international relations at Johns Hopkins University in 1950, he returned to Stanford for his Ph.D. in political science. His Ph.D. dissertation "The Genesis of Young Ottoman Thought" was published by Princeton University in 1962.

With Ankara, Boğaziçi and Sabancı University aside, Mardin worked as a visiting professor at different universities around the world, including Columbia, Princeton, Berkeley, Syracuse and Oxford University, and Ecoles des Hautes Etudes en Sciences Sociales.

He was served as the chair of Islamic Studies at Washington-based American University for 10 years.