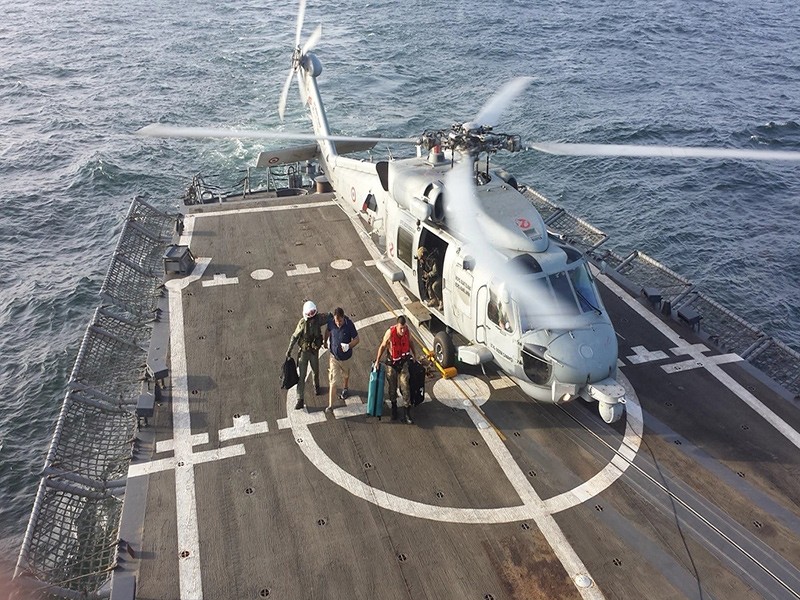 A Turkish naval frigate responded to an emergency call from a Greek registered merchant vessel in the Indian Ocean late on Thursday, Turkish Naval Forces said.

According to a statement, the call came from the Greek ship "Aegean Angel" to the Turkish frigate TCG Giresun, demanding help for the Greek ship's injured crew. 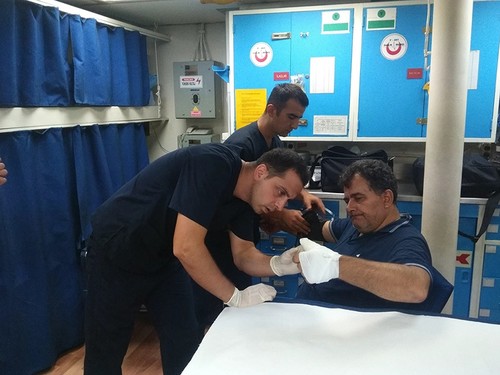 Vazoios Marcos, the wounded Greek sailor, was transferred to the Turkish frigate by a helicopter and received initial treatment from TCG Giresun's military doctor.
The Greek sailor was then transferred to Oman's Port of Salalah for further medical intervention.