For refugees, by refugees: Syrians donate to Rohingya Muslims 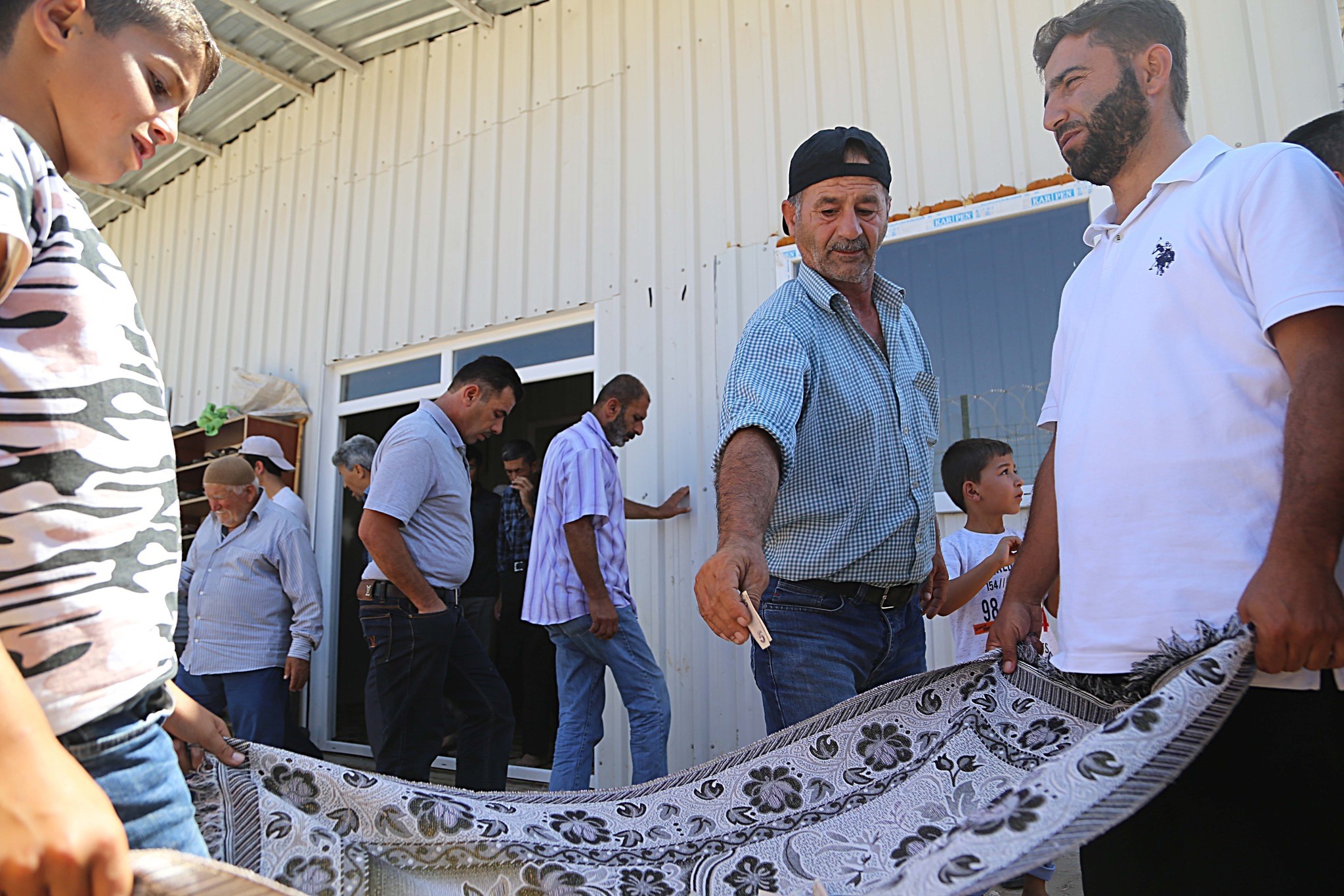 Refugees drop their donations for Rohingya Muslims on a rug after they leave the mosque at the camp in southern city of Hatay.
by Daily Sabah with AA Sep 11, 2017 12:00 am

Residents of a refugee camp for Syrians in Turkey have mobilized to address the plight of Rohingya Muslims stranded on the Bangladeshi border, donating what little money they have to the displaced people thousands of kilometers away

It truly takes one refugee to empathize with another, as the Syrian refugees in Turkey are showing the international community accused of inaction regarding Rohingya Muslims. Residents of the Yayladağ Refugee Camp in the southern Turkish city of Hatay started an aid campaign over the weekend after prayers to donate to the Turkish Red Crescent, appealing for an end to acts of "oppression" against Rohingya Muslims.

A large group of refugees, consisting mostly Syrian Turkmens who fled the ongoing conflict in their country years ago, live in the state-run "container city," a camp comprised of shipping containers converted into housing units. Many do not have an income or any form of savings, having had to flee with few possessions from their homeland. The displaced people now depend on aid from charities to survive. Still, they view Rohingya Muslims as being far worse off than they are, as images of displaced Muslims from Myanmar living in makeshift camps in unhealthy conditions eating meager rations of food stir the emotions in Muslim-majority Turkey.

Ali Molla Musa, a refugee, says no one "can remain silent" in the face of oppression against Rohingya Muslims in Myanmar. He says that the refugees are praying every day in hopes that the plights of Muslims there will come to an end. "We forgot what we went through and worry for our innocent brothers and sisters from Rakhine. May Allah spare everyone of such suffering. As refugees, we feel for them. We suffered like them before. So, we decided to help in any way that we can, using the little resources that we have," he told Anadolu Agency (AA). Musa and others lay a carpet outside of the camp's mosque, where the members of the congregation drop off donations. Muhammed Kömürcü, who organized the aid campaign, says they would collect donations throughout the week. "The massacre in Rakhine devastated us. We couldn't stay here doing nothing. People here are eager to help [Rohingya Muslims]. It was really touching to see people here who are refugees themselves be so eager to donate," he said.

According to the latest figures from the U.N., 270,000 Rohingya Muslims have crossed into Bangladesh and tens of thousands more were internally displaced following an indiscriminate crackdown by Myanmar security forces on the community in response to a series of attacks by Rohingya fighters. Bangladesh is struggling to keep refugees at bay and many migrants face uncertainty along the border teeming with poor families with little to eat in unsanitary living conditions.

Turkey aims to build more livable camps for Rohingya Muslims, according to Turkish President Recep Tayyip Erdoğan who spoke on Friday, saying that the current tent camps in Bangladesh are not livable while adding that Turkey could share its know-how about building camps with better facilities as the country has hosted around 3 million Syrian refugees for over six years. Turkey's state-run development agency TİKA distributed 1,000 tons of humanitarian aid to Rohingya Muslims and plans to deliver 10,000 more tons.

The Turkish Red Crescent has also distributed $2.5 million worth in aid for those who took shelter in Bangladesh. President Erdoğan's wife Emine Erdoğan and Cabinet ministers were in Bangladesh last week to personally deliver aid and to talk with the displaced Rohingya Muslims.

Additionally, the Diyanet Foundation (TDV), the charity arm of Turkey's Presidency of Religious Affairs (Diyanet), next week is set to distribute food packages worth $150,000 to 3,000 families.