6,500 migrants detained at Greece border in Turkey's Edirne in past month 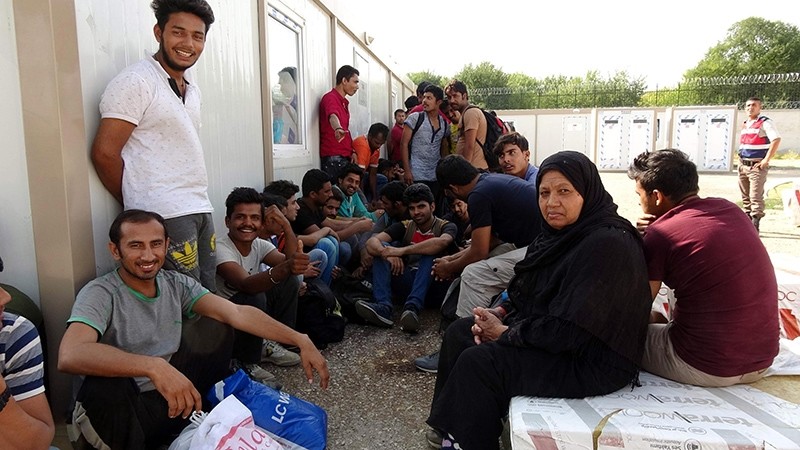 Turkish security forces stopped 6,500 EU-bound migrants, including 1,300 children, near the Edirne border with Greece in the past month.

Predominately escaping the war in Syria, but also from crisis states such as Pakistan, Iraq and Afghanistan, migrants continue to search for better lives in Turkey and further in Western Europe.

Authorities said that migrants prefer using the Meriç River near the Greek border, for crossing into Europe due to lower water levels in the summer months, rather than the dangerous passage through the Aegean Sea.

6,500 marks a record, as the previous highest number of migrants trying to cross the border in a single month was 2,500.

20-year-old Muhammed Tayip from Pakistan and his 19-year-old friend Ali Rızav stated that they were dreaming of starting a new life in France, however this dream came to an end in Edirne.

Losing his father in an altercation in Pakistan and bringing his grandmother into Turkey, 11-year-old Mübaşir Bibi said he wishes to remain in Turkey and join the military.

Research has shown that the cost of human trafficking for each of these individuals is between 2,000 to 3,000 euros. The cost can go up to 10,000 euros considering the need for fake passports and additional documents.