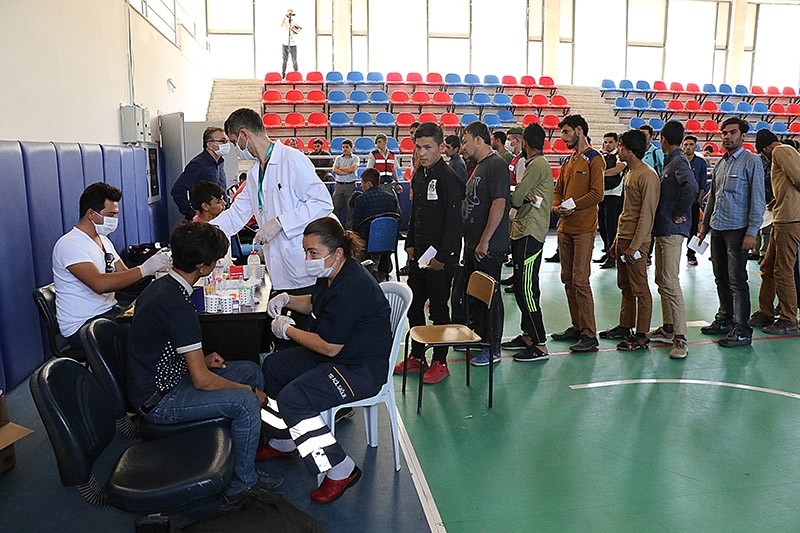 A total of 96 illegal migrants, who were planning to reach Istanbul, were captured Thursday in a 45-passenger bus passing through northern Karabük province in Turkey's Black Sea region.

The bus in question was stopped during traffic control, upon which police officers discovered the squashed migrants, among whom were also many women and children.

Eighty of the illegal migrants were later identified as Afghan nationals, while the remaining 16 were Pakistani nationals.

Police units brought the migrants to a nearby sports complex in Eskipazar district and provided them with water and food, before paramedics carried out medical tests.

The illegal migrants were then referred to the Karabük Immigration Authority for further registration procedures.