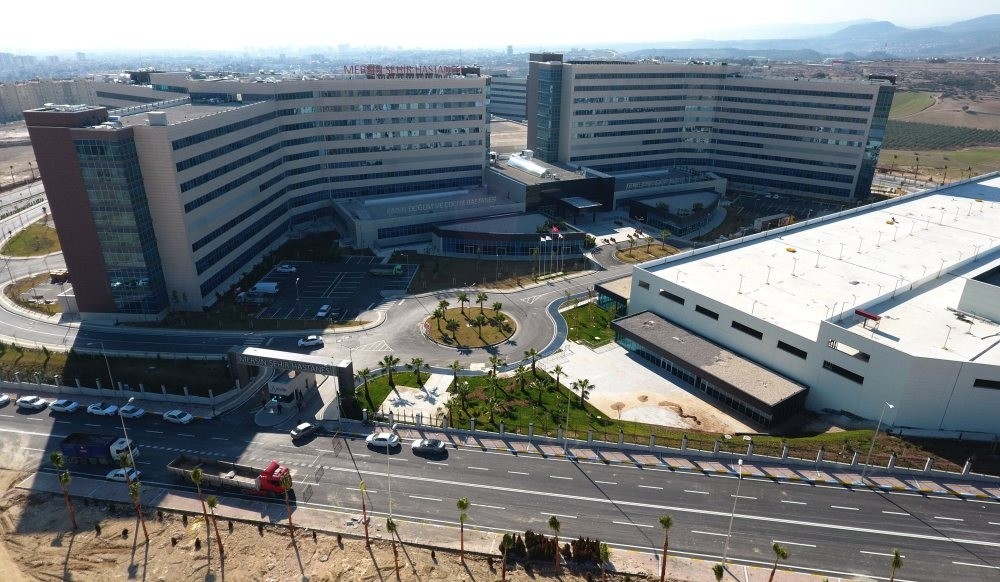 The Mersin City Hospital is among the government's pojects to further advance universal healthcare.
by Daily Sabah Sep 14, 2017 12:00 am

Turkey, along with China, Rwanda, Cambodia, Equatorial Guinea and Laos, recorded the biggest improvements in universal health care between 2000 and 2016, which translated into better vaccine coverage, as well as fewer child deaths and malaria infections, according to a Bill & Melinda Gates Foundation-sponsored study published by the medical journal Lancet yesterday.

The study reviewed the progress made by 188 countries toward achieving the U.N.'s Sustainable Development Goals (SDGs), noting not one country was on track to achieve the goal of eliminating new tuberculosis infections by 2030. At the same time, less than 5 percent of countries were likely to reach the U.N. goal of reducing suicides, road deaths and child obesity by that date, and only 7 percent would likely eliminate new HIV infections, according to an Associated Press report on the matter.

Overall, only a fifth of 37 health-related targets set under the U.N.'s Sustainable Development Goals (SDGs), adopted in 2015, are likely to be met, said the review in the journal.

"A number of targets remained out of reach for most countries," the authors wrote.

In the review, more than 2,500 researchers from around the world scored the health progress of 188 countries and projected their trajectory to 2030. High-income countries were forecast to meet 38 percent of the U.N.'s health-related targets, compared to 3 percent for low-income states.

They also were not dealing with the same problems. Poor countries fared poorly on maternal mortality, child stunting, malaria and environmental risks that affected rich nations less. But when it comes to lifestyle problems, many high-income countries, including the United States, fared poorly on measures for suicide, alcohol abuse and homicide. The United States, also joined Lesotho and the Central African Republic, among countries showing "minimal improvement" in universal health care, said the team.

Singapore, Iceland and Sweden were the best-performing countries in terms of health-related Sustainable Development Goals, according to the review.

Turkey came 58th with high marks on skilled birth attendance, combating malaria, prevention of suicide mortality and low prevalence of household air pollution. However, its low scores on disaster mortality, overweight children, adolescent birth rate, conflict mortality and prevalence of smoking prevented it from achieving a higher level. According to the study: "After a change in government in 2002, Turkey introduced its Health Transformation Program in 2003 with the explicit aim of improving public health, providing health insurance for all, and expanding access to care. The phased implementation of UHC-focused reforms in Turkey, alongside continued political support, allowed the country to achieve remarkable strides in achieving UHC and improving care." Still, the report added that implementation of the reforms varied nationally and that sustained political commitment to reform was needed for adequate financing and policies that cover services.

The review was published ahead of the 72nd session of the U.N. General Assembly opening in New York Tuesday.