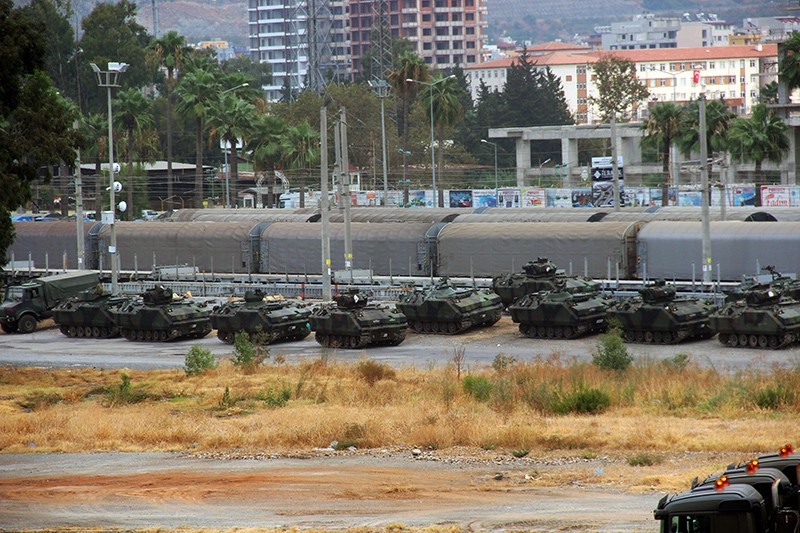 The vehicles, which departed from the Lüleburgaz district in northwestern Kırklareli province, were sent to Hatay's Iskenderun via railroad.

After being loaded from the train to trucks by the army personnel, the military equipment headed straight for the border area under tight security measures.

Additional deployment of military personnel and equipment is expected.

The Turkish military deployed heavy military equipment to guard the border with Syria late Wednesday, with areas beyond the crossing controlled by the PYD terrorist group.

The army sent howitzers, extra military personnel and armored personnel carriers to the border to ensure safety of its citizens living in the border town Kilis and to protect them from possible terror attacks by the Syrian wing of PKK, recognized as a terrorist group by Turkey, U.S., EU and many other countries.