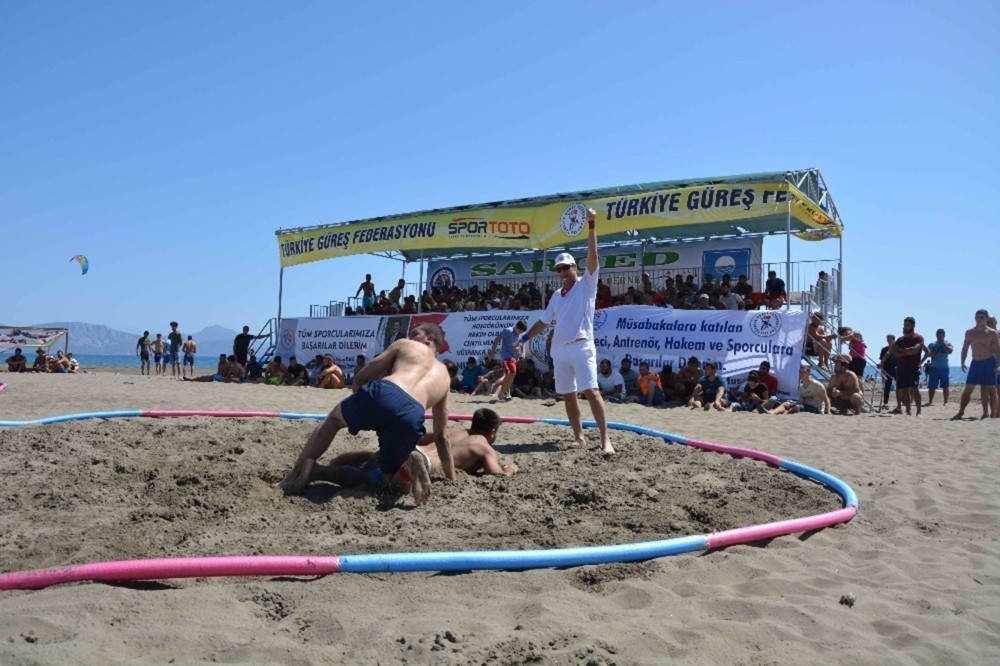 Muğla Youth Services and Sports Department Chairman Serkan Öçalmaz said Wednesday that this year's World Beach Wrestling Championships will be held on Oct. 13-15 at the İztuzu beach, known more for being the breeding grounds for the endangered loggerhead turtles, Caretta Caretta.

Öçalmaz said 200 wrestlers from around the world would be competing at this year's championships, adding that he was looking forward to hosting this competition, a first for Turkey. Öçalmaz also said that his department was working on capitalizing on Muğla's many attractions and turning the region into a year-round tourism center.

Muğla is home to some of Turkey's most important tourism resorts, including Bodrum and Marmaris.

İztuzu is also one of the most attractive beaches in Turkey, selected by TripAdvisor as one of Europe's must-see beaches. Around 1.5 million tourists visit the beach every year. Special measures are taken during the nesting season of the turtles, which usually ends by the end of September.