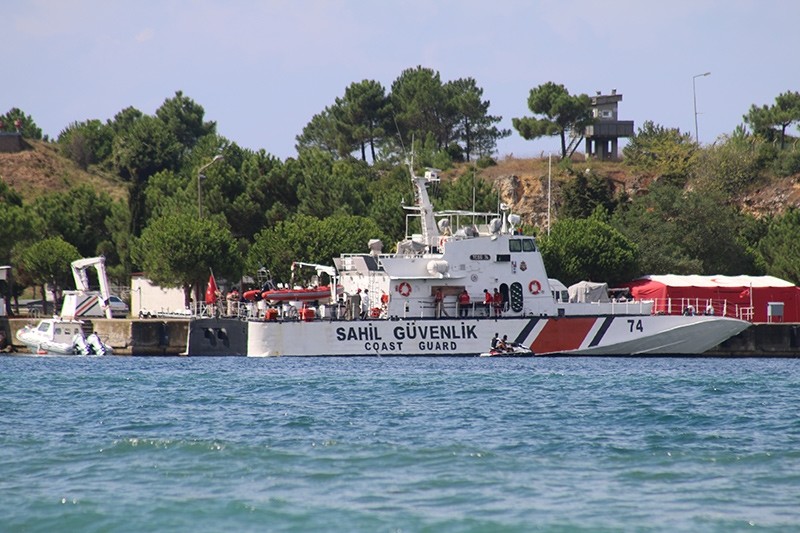 At least 15 migrants died, 15 others were missing after a boat carrying them capsized off Kefken district in Turkey's Kocaeli province, reports said Friday.

According to reports, the disaster took place off Black Sea coast, when a fishing boat carrying migrants capsized.

Some 40 migrants have been rescued, Doğan News Agency reported, while adding that coast guard continue to look for 15 others deemed missing.

The boat was likely heading to Europe on this newly emerging route for migrants from around the world. Authorities said a pregnant survivor's unborn baby also died in this latest tragedy to affect migrants risking their lives to reach Europe. The nationalities of the migrants were not disclosed, but Doğan News Agency reported that most were Iraqi nationals.

The migrants left from the coastal town of Kandıra in Kocaeli, a province neighboring Istanbul, early on Friday. The boat sent a distress signal some 64 nautical miles off the coast, and a commercial vessel in the area alerted authorities.

The survivors were taken to ambulances waiting for them on shore. State-run Anadolu Agency (AA) reported that two survivors were injured and in critical condition, while doctors were unable to save the unborn baby of an unidentified female migrant.

Recently, Turkey's northern coast has become a new destination for migrants trying to reach Romania and other countries littoral to the Black Sea. It has replaced the Aegean coast in western Turkey, where such tragedies were common before Turkey and the European Union signed a deal to curb the influx. The Coast Guard intercepted 834 immigrants in seven separate cases between Aug. 13 and Sept. 9 off the Black Sea coast and detained 10 human smugglers. Security forces also intercepted 237 immigrants before they could board boats.