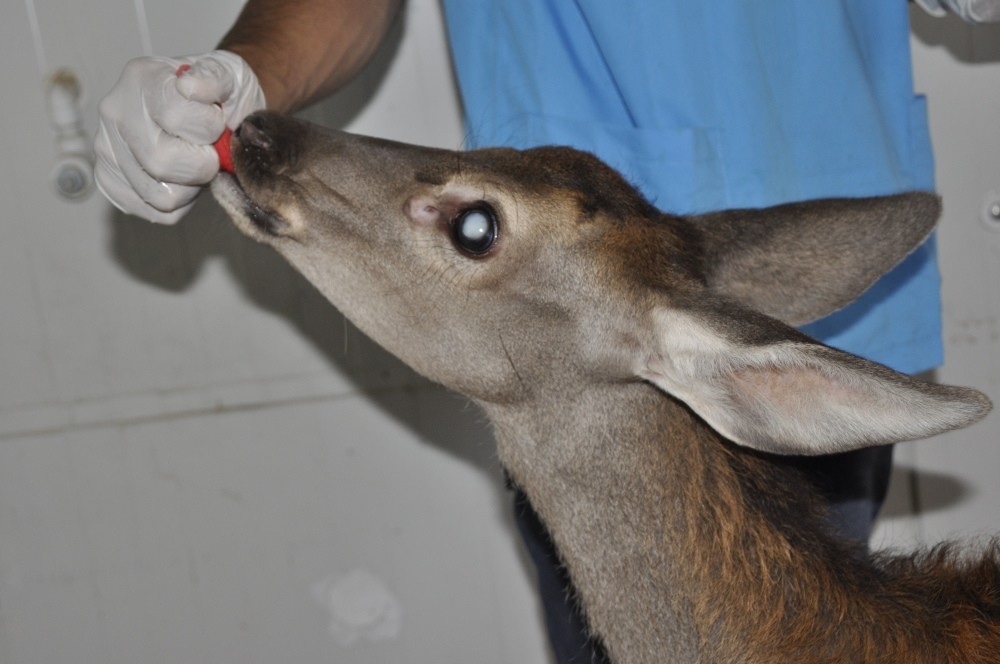 A 2-month-old red fawn will soon see the world like its peers after Turkish vets performed a landmark eye surgery on the animal.

Umay, named after a goddess in ancient Turkic mythology who protected baby animals, was separated from her mother after birth due to cataracts in her eyes. She was found by locals in the western city of Afyon and brought to a veterinary hospital at Afyon Kocatepe University where her ailment was discovered.

For two months, she was nursed at the hospital before veterinarians performed surgery to restore her sight, the first of its kind in Turkey. They managed to restore sight in one eye. Associate Professor Kamuran Pamuk, who led the team of veterinarians who performed the surgery, told reporters that cataracts are a rare disease among wild animals. "It was the first time we came across this condition in a deer and this is probably the first such surgery in Turkey," he said. Pamuk said they would perform the second surgery in about one month and hoped Umay would be able to see fully after that surgery.