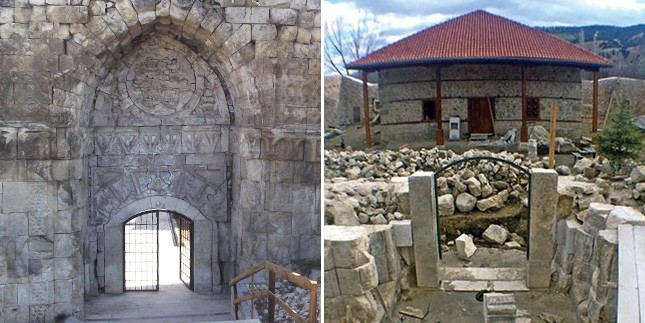 The Crown Gate (Taç Kapı) outside of the Alaaddin mosque, one of the hallmark examples of the Seljuk era stonemasonry, has been ruined during restorations.

The approximately 800-year-old historic stone pieces on the gate, located in Turkey's southern Antalya province, were crushed out and replaced with fabricated stones.

Experts call it unacceptable to totally dismantle historic structures which are not completely perished, and say structures such as the Crown Gate should instead be reinforced.

The damage, however, is now irreparable.

The Crown Gate showed striking resemblance to a similar gate outside the Hospital of Divriği, another Seljuk era masterpiece listed in UNESCO's world heritage sites.

Most of the motives and decorations on the Crown Gate are no longer visible, and it has lost its originality, the Turkish daily Hürriyet claimed.