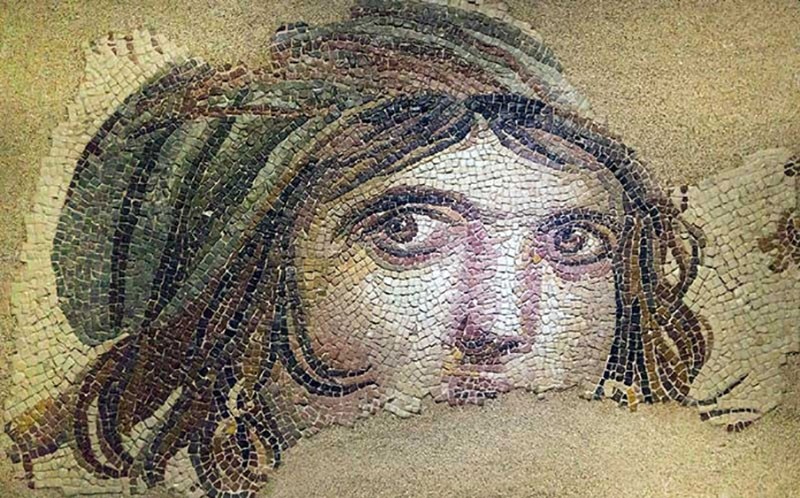 The remaning parts of the famous Gypsy Girl mosaic is being displayed at the Bowling Green University.
by Daily Sabah with AA Oct 10, 2017 12:00 am

The 12 pieces on display at the Wolf Arts Center in Ohio were obtained illegally from Turkey by smugglers.

These pieces, extracted during illegal excavations at the ruins of the ancient city of Zeugma in southern Turkey, were purchased by the university for $35,000 from the art dealer Peter Marks in 1965.

The Turkish Consulate General of Chicago sent a letter to Bowling Green State requesting a meeting to discuss the return of the artifacts, the rightful property of Turkey, according to Anadolu Agency.

The letter is a third attempt, after a proposal last month was rejected by the Bowling Green State.

Turkey made its first attempt to recover the mosaic pieces in February 2012, but Bowling Green State University demanded reimbursement for the purchasing price - $260,000 in 2012 prices - or for 20 Turkish students per year, totally 200, to be educated at their institution.

Since 2003, the Ministry of Culture and Tourism has obtained 4,311 artifacts illegally exported from Turkey, currently tracking down another 55 pieces in 17 countries.